If you thought the federal assault on medical marijuana dispensaries in California had subsided, think again. 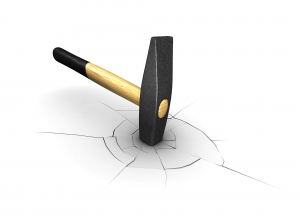 Our Los Angeles marijuana lawyers have learned the aggressive barrage of action against law-abiding facilities is marching on, with the latest actions targeting dispensaries in northern California.

Recent reports indicate that U.S. Attorney Melinda Haag recently served the Berkeley Patients Group with paperwork indicating it will attempt to seize the property and ultimately close down the shop.

We’re talking about one of the oldest and most respected dispensaries in the U.S. The federal government’s action has angered not only advocacy groups such as Americans for Safe Access, which calls the action “mean and vindictive,” but also local officials in Berkeley.

One city council member was quoted as saying that the facility provides substantial benefits to the community. Specifically, it has:

Last year, Haag’s office sent a warning letter to the facility, indicating it was within 1,000 feet of a school and had therefore broken state law. So, the facility picked up and moved without a fuss. Now, this current letter of intent makes no mention of its proximity to to any school or church or park or any violation of a specific law.

Simply, they are on notice that they have been targeted.

As dozens of protestors voiced their opposition to the action in downtown Berkley recently, news outlets noted that several other dispensaries throughout the region are facing a similar fate, with the U.S. attorney’s office issuing similar letters to a number of other locations over the last several weeks. The letters indicate the threat of property seizure and federal prison if they do not immediately close.

Additionally, the U.S. Drug Enforcement Administration has revealed it is investigating numerous dispensaries in the San Francisco area.

These measures once again are contrary to the repeated pledges made by President Barack Obama to respect state laws pertaining to medical marijuana.

Although California became the first state in the country to legalize marijuana for medicinal purposes, the drug remains illegal under federal law. Since 1996, the drug has generated some $100 million in annual tax revenue for the state.

Obviously, bureaucrats in the U.S. Department of Justice are feeling increasingly uneasy with the growing amount of acceptance in this country when it comes to medical marijuana – including the measures legalizing recreational use in both Colorado and Washington state.

But this fear does not constitute a proper basis upon which to pursue action which is detrimental not only to patients, caregivers and dispensary operators, but also to entire communities who benefit so greatly from the presence of these operations.