Quietly, two congressmen separately filed two bills in the House recently that, together, would effectively spell the end of federal marijuana prohibition. 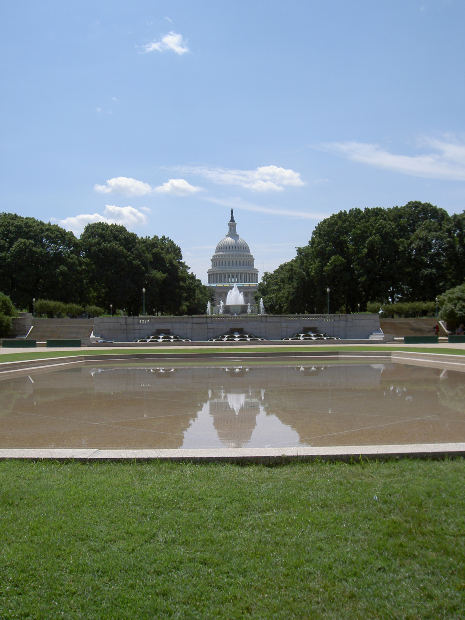 The bills, introduced by two Democrats – one from Colorado, the other from Oregon – would legalize the drug and lay out a plan to regulate and tax the drug at the federal level.

The first bill, Regulate Marijuana Like Alcohol Act, would remove marijuana from the list of scheduled controlled substances. It would also shift oversight of the drug to the Bureau of Alcohol, Tobacco and Firearms from the Drug Enforcement Administration. Finally, it would require the drug be regulated in much the same way alcohol is now.

Meanwhile, the Marijuana Tax Revenue Act would establish a federal excise tax for marijuana in its regulated form.

It’s important to note there is no portion of either measure that would force any state to legalize the drug. That means states could still enforce state-level laws for prohibition and criminalization. However, in places where the drug is legal, there would be a clear framework under which they could work.

As it now stands, 23 states have legalized marijuana solely for medicinal purposes, 11 allow limited use of low-THC forms of the drug for medical use and four states allow the drug to be sold and used for recreation.

Representatives who introduced the bills say that while the current administration have recently adopted a more hands-off approach to criminal prosecution for those who operate marijuana dispensaries and cooperatives, these small operations still fear the possibility of federal action so long as the sale of the drug remains a federal crime. They say the current system of prohibition is a failed one that is both outdated and ineffective. States need to be given the power, they say, to truly decide the issue for themselves.

Over the last several years, the marijuana legalization has gained favorable traction with voters, and is now backed by the majority of Americans. It seems unlikely the federal government would take any severe action to push back on this support. However, it’s completely possible and, under the current legal framework, totally within the bounds of federal authority to do so. That means enforcement policies could easily shift when a new president takes office.

There must be something to address the inconsistency.

Recently, Harvard economist and lecturer Jeffrey Miron penned an editorial for CNN in which he stated that while marijuana legalization is not inevitable, it’s a “policy no-brainer.” First, he stated any society professing to value liberty needs to grant adults the free choice about whether to consume the drug. Further, there are a number of broadly-recognized medical uses for the drug.

Rep. Earl Blumenauer (D-Ore.), who is responsible for introducing the Marijuana Tax Revenue Act, called out the federal government’s anti-marijuana stance as a failure that has not only resulted in an enormous waste of tax dollars, it’s also ruined lives. He says the federal government has a responsibility to look realistically at the issue and get on board with establishing a reasonable, safe framework in which marijuana can be grown, sold and used.