Under California state law, what Aaron Sandusky did was perfectly legal. Federal law, however, is another matter, and he stands to spend 10 years to life in prison. 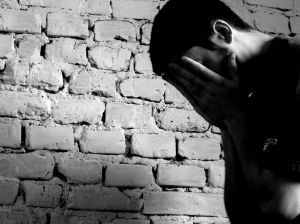 Our Los Angeles medical marijuana lawyers know the irony of election day could not have escaped the former dispensary operator – him sitting in a downtown Los Angeles jail while voters in Colorado and Washington state approved measures to legalize the recreational use of the drug.

Meanwhile, Sandusky is scheduled to be sentenced early next month in U.S. District Court for two federal felony convictions of drug trafficking. Despite its legality for medicinal purposes under state law for the past 16 years, marijuana is still archaically deemed a Schedule I substance according to federal law. It’s considered by the federal government to be among the most dangerous drugs available – even though doctors across the country have enthusiastically preached its benefits and prescribe it to patients for daily use to treat a wide range of ailments.

To put the punishment that Sandusky is facing into perspective, consider the following local cases:

Sandusky, meanwhile, is the victim of a bribing scandal by the former mayor of Upland, who in a recent plea deal admitted to extorting bribes from at least two area businesses. The former mayor’s sentence? Two years.

Perhaps Sandusky’s greatest crime was in trusting what then-candidate Barack Obama was saying throughout his 2008 election campaign: That if he was elected, federal resources wouldn’t be used to arrest medical marijuana dispensary operators in states where such activity was legal. As we all know now, that turned out to be patently false.

His operation was shut down by the Drug Enforcement Administration back in November of last year, and Sandusky insisted on re-opening, viewing it as a legal right under state law. The reason he’s facing the charges he is now is because authorities raided a facility where he and his team were growing medical marijuana for the purpose of supplying dispensaries in Colton, Moreno Valley and Upland.

The jury found him not guilty on four additional counts involving more dispensaries.

Some might argue that he was not just tempting federal authorities to target him – he was asking for it. However, we might argue that such a move was an act of bravery and an attempt to stand up for the core of one’s beliefs.

We admire this, and we wish him more than the best of luck at his sentencing next month. He’s going to need it – others convicted of his same crime have been penalized with as much as 92 years in prison.

With this kind of punishment at stake, those who are running dispensaries or looking to open one need to seek the assistance of legal council as soon as possible to discuss both your rights and the risks.