California may have been the first state to legalize medical marijuana but we’re still struggling with medical marijuana issues both on the state and federal level. We’re not alone in this battle though, both Michigan and Montana are facing some serious issues regarding how the medicinal drug can be obtained and sold. 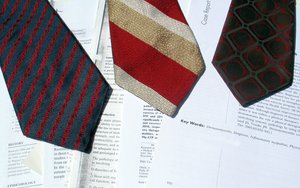 Currently in Michigan, a group of Republican state lawmakers are planning on working through the summer to sort through a new regulation of medical marijuana. State Rep. John Walsh, R-Livonia, chairman of the House Judiciary Committee and chief sponsor of the proposed legislation, says that the new rules aren’t aimed at replacing the 2008 medical marijuana referendum approved by voters, but to crease some clear guidelines for law enforcement and legitimate medical marijuana patients, according to Detroit Free Press.

Our Orange County medical marijuana attorneys have been there time and time again. Lawmakers throw a number of laws, rules and regulation at the medical marijuana industry. The problem isn’t that there are a bunch of rules, but they all conflict with one another. These conflicting rules make it extremely difficult for users and sellers to operate legally without facing undeserving raids, fines, fees and shut downs.

Walsh is intending to clarify the following though his bill package:

-Aim to more closely monitor and regulate the relationship between doctors and the patients to whom they issue medical marijuana cards to.

-Look to prohibit patient-to-patient marijuana transactions. They aim to shut down the marijuana collectives and dispensaries that have begun operations in some areas of the state.

-They would like to find a way to give law enforcement instant access to the patient registry that is maintained by the state-run Michigan Medical Marijuana Program.

-Zoning needs to be clarified, seeking out communities that would like to restrict the use and the sale of medical marijuana.

Medical marijuana was legalized in Montana in 2004 though Initiative 148. As of now, they’re not even sure if the business will be legal come July 1st.

The new law looks to completely replace Montana’s 2004 voter-approved initiative. The new law aims to, among many other restrictions, require providers to give marijuana to their patients.

“We’re just sitting back and waiting for the dust to settle,” said Missoula Police Chief Mark Muir. “There’s no point in spending too much time planning.”

This new law would also allow patients to grow their own marijuana in limited quantities, or acquire it from caregivers. These caregivers would be allowed only to grow for three people apiece. Currently, they’re allowed supply an unlimited number.

The judge said that he might just wait until June 30 to issue a ruling. He says he may either strike down all or just part of the law.

More than 30,000 people in Montana now have medical marijuana cards.

Until government officials can reach an agreement and set forth clear and concise rules to regulate the industry, companies and patients will continue to operate in limbo, potentially facing serious fines, jail time or shut downs.