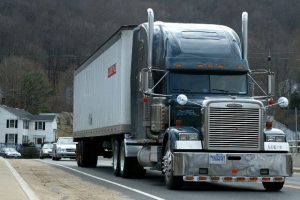 The incident occurred a month after the  2018 U.S. Farm Bill that legalized commercial hemp at the federal level went into effect. So long as the hemp contains less than 0.03 percent tetrahydrocanabidiol (THC), it is now legal under federal law for cultivation, production, transportation and sale.

The case underscored some of the worst fears expressed by trucking companies and drivers about hauling these products. Cannabis industry suppliers, carriers, vehicle owners, drivers and contractors scrambling to understand what happened, learn how to protect their operations and advocate for a driver who almost certainly didn’t think he was doing anything illegal.

A Patchwork of Conflicting Laws, A Gray Area on Timing

The main issue in this case, according to the driver’s cannabis criminal defense lawyer, appears to be one of timing.

The Farm Bill did make hemp and all products derived from it (including CBD oil) legal for consumer production and sales. Transporting products from one location to another is a hugely important piece of any retail operation (truck drivers move more than 70 percent of the nation’s freight by weight). There is a provision of the measure that specifically prohibits state lawmakers from banning interstate transport of hemp products.

Hemp industry lawyers can see it’s likely the driver’s criminal defense lawyer will argue federal lawmakers never intended such an outcome when they set forth the provision.

Another Wrench: How to Classify the Haul?

When the trucker was stopped by state police in Idaho on his way back to his Oregon-based employer, the officer searched the rig and discovered some 6,700 pounds of what he described as “illegal marijuana.” The truck driver insisted it was Farm Bill-allowable hemp. The officer tested conducted a roadside chemical test of the product and found that it did contain THC, the psychoactive ingredient in marijuana. The driver was then arrested.

The nuance here, though, is that marijuana and hemp are both members of the same family, cannabis. Some hemp does contain trace amounts of THC, but nothing akin to the level of what’s in marijuana. It’s not surprising that hemp would test positive for THC, but the roadside test the officer conducted on the product would not only whether THC was present in the product, not the percentage of it. That kind of testing would need to be taken to a lab. Idaho state law, however, classifies “marijuana” as anything containing any amount of THC.

However this case plays out (and our team will be watching closely) it once again spotlights the fact that so many entrepreneurs and employers are vulnerable to the wildly-evolving legal environment where so frequently federal and state law collide.

That’s why is so imperative for not just cannabis companies but those in ancillary industries/businesses to keep a cannabis business attorney on retainer, so that you can stay fully in-the-know to the greatest extent possible.