The marijuana reform bill introduced by a trio of high-profile U.S. senators is being called “historic” for the way in which it would pave a path toward the drug’s legitimacy nationwide. 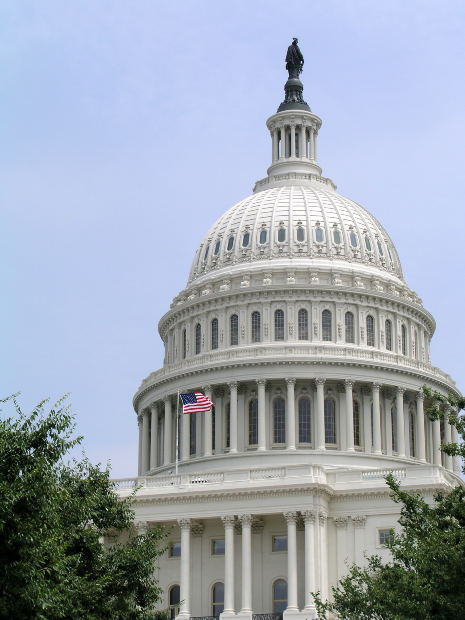 It’s a first for the Senate, and advocates are praising it for the fact that it is comprehensive. Even the Drug Policy Alliance was one of several groups consulted prior to drafting. The bill is being unveiled as a joint effort by Democrats Cory Booker and Kirsten Gillibrand and Republican Rand Paul. It wouldn’t legalize marijuana nationwide, but it would save patients from the threat of federal prosecution in states where the drug is legal.

Among the reforms proposed by The Compassionate Access, Research Expansion and Respect States (CARERS) Act:

In addition to consultations with the Drug Policy Alliance, the bill backers also met with Americans for Safe Access and the Marijuana Policy Project. In response to the bill’s outline, those groups generally seem accepting of the language.

A spokesman for the Marijuana Majority noted the legislation would go far in effectively halting the federal war on medicinal cannabis.

There are some who are in opposition, of course. One of those is the group Smart Approaches to Marijuana. While conceding that reforms may be necessary to expand research and extend access to non-smokable medications, a group spokesman says the measure goes too far. He likened it to the use of a sledgehammer to crack a nut.

Still, the measure has widespread support. Perhaps the most notable thing about it is the fact that it would reclassify marijuana under the Controlled Substances Act. Since 1970, that has been the foundation of federal drug policy, and it’s the reason marijuana and related acts are handled so harshly. The drug is currently labeled as a Schedule I, which puts it in the same category with ecstasy, LSD and heroin – meaning it is highly addictive, very dangerous and with no medicinal value. Very few people still accept that definition with regard to marijuana, but yet the classification has remained. The proposal would instead classify cannabis as a Schedule II, meaning it still has a high potential for abuse, but it does have medicinal value and should be more available for research/medical uses.

Currently, medical marijuana is allowed in 23 states plus Washington D.C. A dozen more states allow the drug on a far more limited basis, but reform is always on the horizon. Right now, there are a half a dozen states mulling marijuana reforms just this session alone. Plus, four states have legalized the drug for purposes of recreation.

Although reform of marijuana laws was once characterized as strictly a liberal agenda issue, that is rapidly changing. In addition to Sent. Paul’s support, a number of other conservative leaders have come out in support of state laws that legalize the drug. Those include former Florida governor Jeb Bush and Sen. Ted Cruz from Texas.

Fewer support recreational use of the drug, but it seems at least plausible that medical allowances could be granted at the federal level.