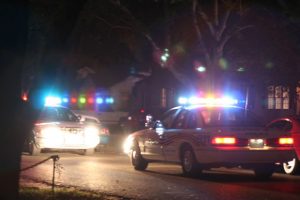 But now, virtually all arrests stemming from that common scenario are going to be called into question, if a memo from one state attorney is correct.

On July 1st, Florida law (which two years ago legalized medicinal marijuana) officially caught up with provisions of the 2018 U.S. Farm Bill requiring all states to adjust their statutes to align with the decriminalization of industrial hemp and low-THC CBD products (those containing less than 0.3 percent of the psychoactive THC). Outside of doctor-recommended use, the drug is still illegal under state law. Even in jurisdictions where it has been largely decriminalized, the smell of it still served as grounds for probable cause for conducting a vehicle search without a warrant.

The problem now? Marijuana smells just like hemp – which is fully legal. That unique odor is present not just in the leaves of both plants but also oils, edibles and other processed consumer goods.

Per the state prosecutor’s memo, the state “will no longer be able to prosecute any marijuana or THC oil cases without a test from an accredited lab indicating that the THC content is over 0.3 percent.”

A news article published by The Palm Beach Post characterized this directive as “devastating” to local marijuana trafficking cases.

In fact, the the sheriff of that county, which does have an accredited drug testing lab, instructed deputies to halt all marijuana drug arrests – at least until laboratory processes are established to make clear distinctions between marijuana and hemp. (At this time, they are not equipped to identify only the tiniest traces of THC, only whether its positive or negative presence.)

Even those narcotic-sniffing K-9 dogs? They’ll still be of use in other cases, including those involving other drugs. But where their noses detect pot? It’s pointless.

Public defenders across the state have begun the process of  mass-filing motions to dismiss pending drug charges that fit this bill.

Does This Mean Anything for Californians?

Not exactly, though it’s worth noting if you plan to travel to South Florida anytime soon. Unlike Florida, California and half a dozen other states have legalized marijuana not just for medicinal but recreational use. By state law, possession of up to one ounce of cannabis is legal.
When marijuana was first legalized in California, police associations throughout the state went through similar growing pains. As noted in a memo published by the California Police Officers Association, penned by a special investigations narcotics detective in Sacramento County, 11362.1 (c) of the Health and Safety Code makes it clear that all cannabis and related products that are lawful under state law are no longer considered the subject of valid search and seizure constituting the basis for detaining, searching or arresting someone.
“The verbiage now dramatically effects the way we investigate marijuana crimes,” the detective wrote.
Bottom line: If someone is at least 21 and in legal possession of marijuana as outlined in Proposition 64, the basis of a probable cause/search is no longer applicable. However, law enforcement can still technically make an arrest for marijuana possession – if a person isn’t just a recreational pot user or licensed business owner. That requires some reasonable suspicion/probable cause that the individual is growing/producing/selling/transporting/possessing marijuana outside the scope of Prop. 64. That, the officer noted, is no longer achieved with a simple smell test.