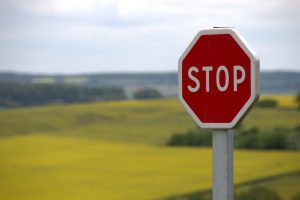 Some 400 companies have been ordered to halt all transactions until they ensure their licenses are brought up to “active” status.

The notices were issued by the California Bureau of Cannabis Control on Nov. 1st, directed to delivery services, retailers, microbusinesses and distributors, informing them they will no longer be allowed to lawfully conduct business until they implement the appropriate track-and-trace system credentialing and training mandated by the state.

The state agency oversees more than 2,500 marijuana businesses, each of which hold either an annual or provisional license. Meanwhile, the California Department of Public Health is in charge of handling oversight of more than 930 marijuana manufacturers and the California Department of Food and Agriculture is responsible for managing regulations and oversight of more than 3,800 cannabis farmers.

In all, there are nearly 7,400 licensed cannabis companies in the State of California. (All temporary licenses expired over the summer.)

As our Los Angeles marijuana business attorneys can explain, the problem that led to this mass suspension was failure of these companies to ensure the required track-and-trace steps were appropriately followed. If you are among those companies whose provisional or annual license was suspended for this purpose, we can help.

The California Track-and-Trace system is used throughout the state to monitor inventory and movement of legal cannabis and related products as they move throughout the commercial supply chain.

Use of the system is required by all yearly and provisional marijuana business licensees – growers, manufacturers, retailers, distributors, testing labs and microbusinesses.

The system, called Metrc, tracks more than 8.5 million packages and has more than 53,000 industry users enrolled. The system allows users to generate and print tags for plants and products to identify the chain of custody.

The BCC insists users have had plenty of time to implement use of the system. Free workshops were offered by the agency last month for those who still had yet to enroll. Those that failed to do so were issued warnings – and promptly had their licenses suspended the first of this month for failure to comply.

To have the suspension lifted, cannabis companies are instructed to obtain their credentials. This requires an online training session, which takes roughly three hours to complete.

Nearly 2,240 marijuana businesses did complete the credentialing requirement before the deadline. A BCC spokesperson referred to those who had not as “stragglers.”

Farmers under the purview of the CDPH are likely next. More than 100 of them received notices that their permits would be suspended if they failed to complete the track-and-trace participation requirements to be credentialed in the system. Roughly a dozen agricultural cannabis businesses have had their licenses suspended so far for not obtaining credentials, and it’s likely more will follow.

Help for the Black Market?

Some legal marijuana retailers lamented that entirely shutting down legal operations – even temporarily – is to the advantage of black market retailers. This minimizes options to consumers, who may be even more apt than usual to give their business to illegal purveyors.

If your are a Southern California marijuana business having issues obtaining or maintaining your license to do business, our dedicated cannabis law firm can help.