Spice, K2, synthetic marijuana: whatever you call it, we know these alleged cannabis knockoffs have about as much 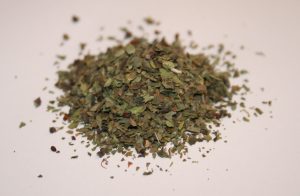 in common with the natural drug as a circle to a square. Lawmakers have long been chasing down these dangerous substances, to no avail. But the Illinois State Senate is taking steps to close loopholes that manufacturers have been manipulating once and for all, according to Chicago Tribune.

SB-2341 would expand the list of Schedule I controlled substances to include all synthetic cannabinoids not approved by the U.S. Food and Drug Administration. This is a departure from current methods to control the substance, which has largely involved outlawing by formula. As our cannabis business attorneys can attest, this has so far been a fruitless system of control because each time a formula or chemical is outlawed, manufacturers alter it enough that it qualifies as a new substance. Just like that, a new synthetic cannabinoid is back on the market, but not necessarily any safer. The new law, if passed, would put the onus of proof on the manufacturer that a synthetic cannabinoid is safe rather than government officials proving the substances to be dangerous after they have already hit the market. This change is long overdue. Just recently in Illinois alone, a formula mixed with rat poison has made the rounds leading to four deaths and more than 150 hospitalizations from coughing up blood or having blood in urine or in the nose. This doesn’t account for all the harm the synthetics have done over the past decade under all the other formulas, even without rat poison. Documented effects in the past have included brain bleeding, heart attacks, seizures, and strokes. Synthetic cannabinoids have also seen some popularity with military and allegedly sent several dozen soldier and Marines to the hospital earlier this year.

While key chemicals have been outlawed over the years, the manmade concoctions always try to replicate the high of cannabis by triggering the same receptors that are affected by THC, with far more hazardous results. Also on the banned list are synthetic cathinone (which you may know by its street name “bath salts”) and piperazine (which mimics the effects of ecstasy).

Our cannabis business attorneys in Los Angeles applaud all efforts to put a stop to so-called synthetic marijuana. Not only is it proven to be unsafe, but it also is giving a bad name to natural cannabis products and the upstanding business owners we represent. Manufacturers, often located in China, saw a demand for marijuana in the United States that could not be filled by the real deal due to the Controlled Substances Act, 21 U.S.C. Section 812. So they created compounds that could mimic the sensations and have been chasing the market ever since. The promise to deliver the same feeling was very appealing to people who appreciated marijuana but were concerned about breaking the law. Such a shame that our country’s unfounded fear of cannabis has sent law-abiding citizens right into the arms of a truly dangerous drug. It’s time to once and for all ban these unstable, manmade knockoffs and declassify good old fashion marijuana in all its natural glory.

The Spice of Death: The Science behind Tainted “Synthetic Marijuana”, April , 17, 2018, By Devin Powell, Scientific American