Under federal law, certain kinds of taxes have to be paid electronically. 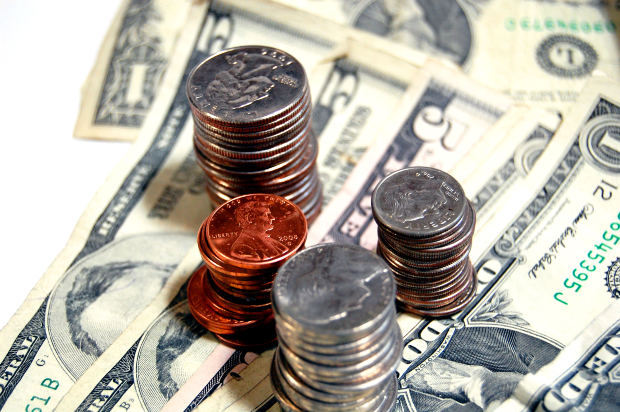 This has proven a major problem for many marijuana dispensaries because they are unable to find a bank willing to allow those organizations to set up an account. Banks are leery because federal law considers marijuana to be an illegal Schedule I narcotic, and a financial institution that helps a marijuana distributor could be prosecuted for money laundering.

But without a bank account, these marijuana dispensaries have no way to pay those required taxes electronically because they can’t transfer funds. In one case out of Denver, a dispensary known as Allgreens LLC has racked up major fines for not following the letter of the law. The organization contested those fines, arguing it has tried for the last two years to secure a bank account, and has so far been unsuccessful. Those efforts are well-documented.

The response from the Internal Revenue Service? Tough luck. In its denial of a request to waive the 10 percent penalty for failure to pay those taxes electronically instead of in case, a hearing officer for the agency wrote the dispensary’s inability to get a bank account because of current banking laws is not deemed a “reasonable cause” to lift the penalty.

The organization does pay its taxes. In fact, it shows up at the downtown Denver office twice monthly and submits its payments on time and in case. But the quarterly tax is due via bank wire.

Allgreens isn’t the only dispensary facing penalties for failure to fulfill this requirement, but it’s the first one to have fought back against the penalty in U.S. Tax Court.

Marijuana dispensary lawyers recognize that, at least for now, such expenses must be factored in as a cost of business for operators.

It’s possible that policy could change, as Allgreens intends to challenge the finding. A representative for the dispensary indicated the hearing officer’s finding was contrary to the IRS’s own policy. Specifically, the statute that requires electronic payment of these certain taxes states the penalty should be enforced in cases of willful neglect – but not when it’s shown such failure is the result of reasonable cause.

An attorney for Allgreens contends that the dispensary has met the “reasonable cause” requirement because it has exercised prudence and ordinary business care in ensuring its federal employment tax obligations are met – and always on time.

In applying a penalty to an entire industry that is clearly willing and yet unable to comply with the electronic payment rule, the IRS is acting unfairly and, Allgreens’ representative states, with discrimination.

There is no doubt the IRS is supposed to be an impartial and fair enforcer of the tax code. It seems clear in this situation the agency has allowed certain political viewpoints to cast undue influence on its actions. From the standpoint of the dispensaries, this is unfair and perhaps unlawful. From a taxpayer standpoint, at the very least, it’s a major waste of money and resources.

Marijuana growers and distributors need to consult with an experienced lawyer on the issue of federal taxes, and this is just one example of why. The reality is, paying a state tax on marijuana is an admission of violating federal law, and there are all sorts of deductions denied and penalties faced simply by virtue of the nature of the business. That’s even if an operation is conducting every aspect to the letter of state law.

There may be some opportunity to make up for the deficits. For example, a dispensary that sells marijuana and has a separate business of care-giving may be able to deduct certain care-giving expenses. But this depends a great deal on how the organization is structured which is why, again, the aid of a marijuana lawyer is critical to any dispensary or cultivation operation.