An older, law-abiding dentist and a computer engineer are not people who would be on the top of your suspect list of folks whom the U.S. Drug Enforcement Administration would be homing in on for a forfeiture action resulting from association with a criminal enterprise. 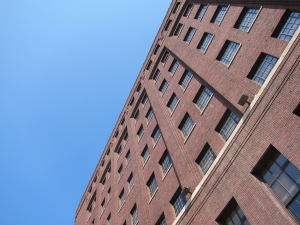 Yet, our Los Angeles marijuana lawyers understand that is exactly what’s happening to a couple in Irvine – over the purchase of $37 worth of medical marijuana.

It sounds too outrageous to be true, but in recent years it seems the depth of federal authorities’ lack of common sense is nearly bottomless.

According to OC Weekly, the couple rented a unit of a $1.5 million building they own on Ball Road to different medical marijuana dispensaries at two different times.

Even before renting the first time, the building owners took into account that:

It was not a decision they made hastily or without consideration. But they figured – correctly – they weren’t doing anything wrong.

Still, an anonymous review from an off-color website drew the attention of the local police department. The review, riddled with misspellings, grammatical errors and typos, lauded the dispensary for “hooking him up,” boasting that he was “so lifted.”

Nothing was uncovered as a result of that investigation, but the landlord did evict that tenant from the building. Then in June of 2011, the landlord began renting to another dispensary. Again, the owner had city permits and the activity being conducted was legal under state law.

Yet again, the local police department took note of an online review, boasting of a certain strain of marijuana available at the club. Using this information, the local police agency sent an undercover officer to the dispensary. He posed as a patient and had a legitimate doctor’s recommendation for marijuana. Using this, he purchased $37 worth of medical marijuana.

This was the only time such an incident was ever documented. It is based on this $37 sale that the DEA is now alleging that the owners of the building were host to an illegal operation. It is on this basis that the government is trying to seize the couple’s hard-earned retirement investment property – despite the fact that the landlord moved to evict that dispensary as soon as it learned of the undercover sale.

The landlord further submitted certified letters both to the city and federal authorities, informing them of the eviction and pleading with the government not to take his property, underscoring that he’d had no knowledge of potential illegal activity.

Yet the government has refused to drop its forfeiture case.