Our Los Angeles marijuana lawyers aren’t confident that President Barack Obama is going to do a full about-face on the issue of legalization anytime soon. 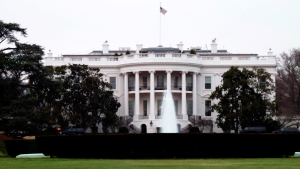 Even when he has conceded that medical marijuana users and suppliers in states where the drug is legally available were not a top criminal priority for his administration, federal prosecutors still aggressively pursued those very same individuals.

Yet, there are indications that the administration could be shifting slightly with regard to the issue of marijuana.

With the recent roll-out of the administration’s new drug policy strategy, unveiled at Johns Hopkins University in Baltimore – a city ravaged by the effects of the failed War on Drugs – Obama noted a significantly softer tone, especially in regards to the issue of marijuana.

We don’t want to jump the gun too soon and say that the administration is preparing to shift focus entirely from incarceration to rehabilitation, but there does seem to be some pivoting.

With regard to the increasing efforts to legalize marijuana – most notably in Washington and Colorado, where such measures were successful – the White House had previously declined to offer support. The administration underscored that it has stood firmly against “any form of drug legalization,” which it purported would further burden the criminal justice system.

But then in a recent interview with reporters regarding the new national drug policy, National Drug Control Policy Director Gil Kerlikowske said the administration would continue to “deprioritize” the criminalization of marijuana issue.

Now, the administration has said many things that were later contradicted with action. However, the reason this may be significant is because the federal crackdown on marijuana dispensaries in California is ongoing. If it’s true that this will recede on the government’s list of important matters to address, we may see fewer and fewer actions against medical marijuana providers here in this state.

Although the White House had tended to downplay the effect of aggressive prosecution of marijuana crimes, saying that most arrested for marijuana offenses don’t go to prison, the reality is that the federal drug policy very often consequences to families. A drug conviction can result in the loss of federal financial aid, loss of child custody, loss of a job – not to mention the loss of freedom, depending on how your state approaches the issue.

has tended to have a disproportionate effect on our nation’s minority populations.

For example, the aggressive “stop and frisk” policy that was ongoing for years in New York City frequently targeted young black men. Even though police had no probable cause to suspect these individuals for a crime, they were stopped, searched and often arrested for minor drug crimes.

That policy has since ceased and New York City Mayor Michael Bloomberg recently pledged that people arrested for possession of small amounts of marijuana will no longer be held overnight for those offenses. Rather, it will be charged as a simple violation, as opposed to a misdemeanor.

Kerlikowske used this action as an example of how the federal administration may be able to find a middle ground on the issue.

It’s worth noting that the Affordable Care Act mandates insurers cover substance abuse treatment for those with a history of drug abuse.

But perhaps even more significant is that the White House – for the first time ever – has voiced a dedication to the reform of work laws that might penalize drug offenders by limiting their access to employment, education and housing. Whether we will see that kind of dramatic reform before Obama leaves office remains to be seen.