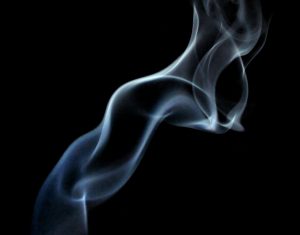 Well-known marijuana advocate Sen. Cory Gardner (R-Colorado) recently had a conversation in which President Trump agreed to support Congressional protections of states with legalized cannabis, according to The Washington Post. This comes after Sen. Gardner had been taking advantage of the narrow party margin in the U.S. Senate to block nominees for the Justice Department. The senator agreed to start approving nominees in exchange for the president’s support.But before anyone starts busting out the party bongs in celebration, our trusted Orange County marijuana business lawyers must remind Californians that this is not the first time Trump has said he would hold back interference with states that had pro-marijuana laws on the books. In fact, it was something he touted during his campaign, something that made states hopeful that provisions put in place during the Obama administration would remain regardless of the outcome of the election. This is why it was so confounding that Trump would appoint someone to the position of attorney general who not only disapproved of marijuana, but who had extreme, very public views on the issue and made promises to use his power to drag the country back into total prohibition.

Since his time as attorney general, Jeff Sessions has used his platform to perpetuate propaganda about cannabis, hiding behind the guise of upholding the law. Marijuana is a Schedule I narcotic under the Controlled Substances Act, 21 U.S.C. Section 812. Schedule I is the classification given to drugs that have no medical benefits, are addictive, and considered unsafe even with medical supervision. Because there is absolutely no evidence that any of these metrics apply to marijuana, Sessions hides behind the law itself as proof that cannabis is bad. Because of the power of this classification, federal organizations are not allowed to run official tests that would prove what we already know: that marijuana is not addictive, it’s medically beneficial, and safe under the proper regulations.

Sessions also took a more concrete stance against pot by rescinding a memorandum known as the Cole Memo, a guidance issued during the Obama administration which directed federal enforcement officials to not use limited resources on marijuana-related activity that was legal within a given state. Their efforts instead should remain focused on the most serious issues that remained illegal even within pro-pot states, such as distribution to minors, drugged driving, gun violence in the industry, and transporting to states where cannabis use is not protected.

However, Congress was able to pass a spending bill which renewed protections that prevented the Justice Department from using federal funds to go after activity related to medical marijuana use in states where it is legal. The president signed this spending bill, a small bit of evidence that his promise to Gardner might be more than just talk.

This, along with recent news that John Boehner, a republican and former speaker of the house, has joined a marijuana company advisory board, could mean that politicians are waking up to the fact that cannabis is not a partisan issue. It’s support is broad and spans across political parties. It’s time for those in power to finally represent their constituents on this matter.

Sessions Intends to Crackdown on Medical Marijuana Where It Is Legal, Dec. 10, 2017, Cannabis Law Group