One of the issues that faces those who want to smoke pot in their apartments is that even though it will be legal to do so, it may be a violation of your lease. A recent news article from NBC 4 Los Angeles takes a closer look at this issue. 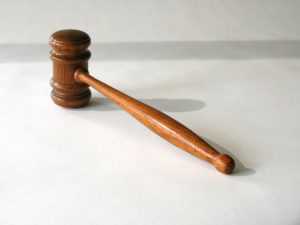 When Proposition 64 was drafted, it was done in such a way that would appease many of the opponents of legal use of recreational marijuana for adults.  This is because while it was not as liberal as they would prefer, if was to pass, there would have to be some major concessions, so that is what happened.   While the law did get passed at the ballot and will go into effect on January 1, 2018, there are still some issues that may cause hardship to those who wish to smoke marijuana in their homes.As our Los Angeles medical marijuana attorneys can explain, Proposition 64 clearly states that owners may forbid smoking of marijuana on their property, so long as they follow already existing landlord tenant laws. This does not mean that any cannabis products would be banned as these tenants could still consume their cannabis in edibles and though various types of oils.  The landlord would only be able to prohibit the smoking of dried cannabis flowers.  However, this is the still the most popular way cannabis is consumed, despite the many vaporizers that are now on the market.

In addition to smoking marijuana, the apartment complex also has the right to prevent tenants from cultivating marijuana. The reason for this provision is that many are concerned that growing cannabis indoors, even with new high tech grow operations, leads to a very strong odor that would interfere with the quiet enjoyment of other tenants in the building or apartment complex.  It should be noted that the term quiet enjoyment is an old legal term that not only refers to sound, but also to any type of nuisance that makes it unpleasant to live on your own property or rental unit.

If you are found to be smoking in your apartment, and there was a no smoking provision in your lease, they could not call the police and have you arrested, but like any other alleged lease violation, they could start the eviction process.  This applies to whether someone is smoking marijuana or if they are smoking tobacco. Since secondhand smoke and odor are the issues claimed, it is very likely that an apartment complex or landlord would prohibit the smoking of any lighted materials, whether it is marijuana or tobacco.

This is a hard fact to deal with for those who wish to smoke marijuana at home, as our state has very strong feelings about the use of lighted tobacco products, and these same provisions are the ones that will apply to marijuana smoking.  This is true even with many people supporting the legalization of the recreational use of marijuana for adults.