Despite the ever increasing amount of evidence that cannabis is a power medicine that has helped millions of people with medical conditions ranging from anxiety to cancer, there are those who still refuse to admit that it is actually medicine and not just a recreational drug.  The question is why these people and companies refuse to admit this simple fact, and the answer may have a lot of do with money. 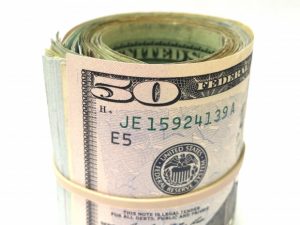 While there is no question that the medical marijuana industry is very profitable as it is actually quickly becoming a billion-dollar industry, the problem for some is who is making money and who is not.  The drug companies are making billions of dollars each year on sales of their pharmaceutical products, but they are not making much money from medical marijuana other than through producing some synthetic marijuana pills such as Marinol.

According to a recent news article from the Huffington Post, pop star Justin Beiber is speaking out against the big pharmaceutical companies for their efforts to lobby against the legalization of marijuana at the federal level.  He started by announcing to his roughly 89 million Twitter followers that he would be speaking about this issue more and more in the near future.  He also includrd a link to a video on Facebook that alleges so-called Big Pharma is spending millions of dollars to fight the legalization of marijuana because they want their drugs like Fentanyl to continue to be the painkiller used for cancer patients rather than medical marijuana.  This video also shows footage of Prince and discusses how he died from a suspected Fentanyl overdose.   Bieber said a friend told him about this video and it was important for people to know.

As most people are aware, the reason marijuana is illegal and cannot be approved as a medicine by the United States Food and Drug Administration (FDA) is because it is listed on Schedule One of the United States Controlled Substances Act of 1970 (USCA).  The USCA was established by Congress and divides various controlled substances into categories or schedules with Schedule One being the highest risk.  To get on Schedule One, there should be scientific evidence that a drug is dangerous or addictive and there is no accepted medical use.  Marijuana’s inclusion as a Schedule One controlled substance was never supported by accepted scientific research as it was done for purely political reasons.

While congress has been asked many times to place marijuana on a lower schedule or remove it from the list entirely, they have been unwilling to do so.  They drug companies have also spent nearly a billion dollars in lobbying money to fight legalization in the past ten years because they fear it will compete with their medications that are making them hundreds of millions of dollars even though many of them do not work as well as medical marijuana.

As our Los Angeles medical marijuana attorneys can explain, being on Schedule One is a sort of Catch 22 because this placement also prevents news studies at the federal level in many cases so it is harder to say there is evidence of it being a powerful medicine with fewer side effects and dangers than traditional medications.