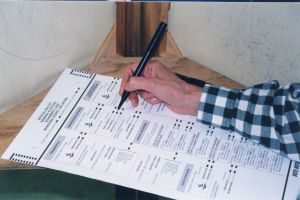 This rapidly evolving cannabis landscape makes it all the more critical for users, distributors, producers, farmers, ancillary companies, drivers and travelers to consult an experienced Los Angeles cannabis attorney when a legal question crops up.

Still, it’s worth noting that while public support for legal marijuana has never been higher (72 percent of democrats and 52 percent of Republicans are in favor of legalization and two-thirds of states have some type of legal marijuana), many marijuana industry and policy experts say there is no brightline “tipping point” at which legality at the federal level is an inevitable certainty. In fact, some are speculating that following this round, it’s plausible medical marijuana initiatives are going to grind to a halt, and while recreational legalization may expand in those states that already have medical pot, those measures may start hitting a wall too.

The reason? Because it all comes down to the way these measures have come down the pike: Through ballot initiatives filed by voters, rather than bills proposed by state legislators. In the first seven of eight medical marijuana laws (including in California), it began with a ballot initiative. While lawmakers write and pass legislation on key, controversial issues, ballot initiatives rely heavily on public opinion. In the past, such initiatives have limited same-sex marriages – or legalize it. They’ve been used to expand or curtail taxes, minimum wages and spending.

A fair number of ballot initiatives are underwritten by very rich individuals with business interests. For instance in Ohio, pro-marijuana advocates three years ago poured some $20 million into legalization of medical and recreational pot on the same ballot initiative. But voters in Ohio responded with a resounding: No. This was despite the campaign revealing strong support for medical marijuana availability. When marijuana advocacy groups vowed to place a medical marijuana initiative on the ballot in Ohio, the state legislature quickly drafted and passed its own.

In Utah, the governor was a vocal opponent of expanded medical marijuana as indicated on the ballot proposal. But now that it’s passed, he and other lawmakers are in talks to pass an initiative that will supercede it – likely something that will more align with the conservative principles of the Morman Church, widely influential in that region.

The point of all that is: Ballot initiatives can be a powerful means to quickly move the needle toward progress. However, some analysts believe its potential for accomplishing wider access to marijuana is almost exhausted. There are 17 states remaining that have access to no marijuana at all. Of those, just five even allow direct ballot initiatives. In the other states – mostly conservative by a wide margin – lawmakers aren’t showing any indication they are eager to loosen restrictions. And even if the voters wanted such a measure, they have no way to bypass the legislature to get it.

Generally speaking, once a place allows medical marijuana and becomes comfortable with it, they are more likely to be swayed on the benefits of recreational marijuana. However, the remaining “dry” states aren’t likely to be pushed any closer to legalization without federal intervention and THAT is unlikely to happen with President Trump at the helm. The Obama administration was harsh in its approach initially, and later softened. The hope was Trump would further reduce restrictions, but it actually got worse under U.S. Attorney General Jeffrey Sessions, who vowed full enforcement of federal marijuana laws. The president himself has said he supports marijuana legalization, but the future of it is still unclear, even now that Sessions has resigned.

WHAT DO THE MID-TERMS MEAN FOR MARIJUANA LEGALIZATION IN AMERICA?, Nov. 8, 2018, By Daniel Mallenson, PSMag.com