The California cannabis industry isn’t immune to cutthroat capitalism. Virtually every industry that has taken off at meteoric speed has its tales of business partner betrayals. Usually one partner somehow casts the other aside and goes on to make an obscene amount of riches. 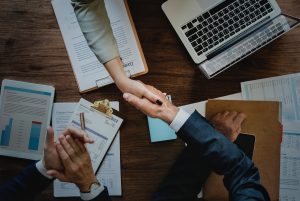 In the budding cannabis industry, such stories are beginning to crop up, with matters more complicated thanks to the patchwork of of state and local laws that continue to skirt around the fact the drug is still illegal federally. This underscores the need for everyone entering a Los Angeles marijuana business partnerships to discuss business plans, structure, employee contracts, taxes and more with a dedicated California marijuana business lawyer.

One case out of Maryland reported by The Baltimore Sun illustrates the point. After medical marijuana was legalized by state voters in 2014, a physician eager to launch a cannabis company flew to a business conference in Colorado, where he met another doctor and entrepreneur from Minnesota who shared the same goals for opportunity in his home state. The Minnesota doctor founded one of just two companies approved to produce and sell medical marijuana there in 2005. Two months later, the Maryland doctor founded his own company, making the Minnesota doctor’s firm a majority partner. The company won preapproval to cultivate and process the drug in Maryland – and later the Minnesota doctor’s firm forced the founder of the Maryland company out.

California is home to the oldest legal cannabis market in the U.S., and is no stranger to legal battles. Now, we’re seeing some of those same battles flare up elsewhere as most states now have some form of legalized marijuana in the majority of states in the U.S. and the collective market rose to $26 billion last year.

One thing Los Angeles cannabis law firms are particularly on the watch for are situations wherein large company shareholders are applying high pressure to their savvy corporate lawyers to snap up smaller cannabis companies through acquisition. Many of the smaller marijuana businesses are operated by entrepreneurs for whom this is their first foray into business. The more smaller firms the large corporations acquire, the more formidable they are for the mom-and-pop pot shops still standing. It is absolutely imperative that companies be working with an experienced lawyer from the start.

And it’s not just the burgeoning cannabis businesses that are taken. For example, lawmakers in Maryland tried to prevent a marijuana monopoly by limiting the number of dispensaries per business to one. However, there was a legal loophole and several larger out-of-state cannabis corporations used it to buy up two-to-three stores each. Now, state lawmakers have capped the number at four dispensaries per business in the hopes of halting the further consolidation of the state’s roughly 100 licensed marijuana dispensaries.

If you are thinking of entering the cannabis industry in Southern California starting a business relationship with one as part of an ancillary company, we encourage you to discuss these connections with an experienced attorney at the Los Angeles Cannabis Law Group.