We may want to hold off on the celebrations, following the announcement that enough signatures had been gathered to put the L.A. pot shop ban to a vote. 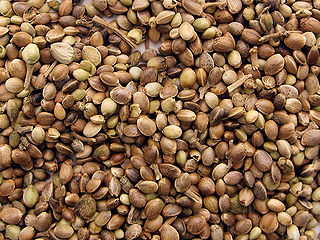 Los Angeles marijuana lawyers – along with everyone else – had been told that upon certification of that ballot measure (that is, the verification of enough signatures) we could expect the city’s efforts to shutter dispensaries was effectively on hold.

The city attorney’s office is now doing an about-face, saying that it will continue to flex its government muscle and move toward shutting down dispensaries.

Marijuana activists had hoped that the fact that the measure had qualified would be enough to force city leaders to rethink the “soft ban” they had enacted, which effectively stripped storefront dispensaries of the right to operate in the city limits – a clear violation of state law. As some activists had said, they were prepared to put the issue to a vote, but they hoped city officials would take the message to heart before it came to that.

City officials say that even though the ordinance has technically been suspended, they have found a loophole: the city’s municipal code does not accept “medical marijuana” as an approved use of land. Therefore, officials said they would continue their efforts to shut down pot shops in the city.

The ban prohibits the sale of marijuana in storefronts, but does allow small groups of three or smaller to grow and share the drug. That’s why it’s been called a “soft ban” as opposed to “hard ban,” but the fact is, it would effectively shut down the availability of the drug because it is an extremely demanding plant to grow properly. Chronically or terminally ill patients don’t likely have the skill, the resources or the time to do it.

The referendum, which if approved would repeal the ban, required about 27,500 signatures in order to qualify for the March ballot. The city clerk’s office has since reported that statistical analysis of the signatures submitted indicates activists turned in 110 percent of the amount needed to qualify.

That has meant the city council has three options:

1. Repeal the ordinance, and consider replacing it with a modified version;
2. Hold a special election, in order to have the matter decided sooner;
3. Put the measure on the March ballot, at which time voters will also be choosing their city attorney, city controller, mayor and eight council members.

One city councilman has said another option he and his colleagues may consider is to draft the city’s own ballot measure, which would compete with the one activists have created.

He said it was unlikely the council would simply fold to the requests of the activists, saying that would be akin to “throwing in the towel,” something he said he is not willing to do.

So what we are left with in the meantime is something marijuana dispensaries have become quite used to in California over the last year: uncertainty.

What we do know is this: California voters intended for marijuana to be safe and accessible to those who need it.

If you are a dispensary owner or activist in need of legal assistance, please contact our firm.