Sept. 6, 2012 was supposed to be the date that medical marijuana rights were effectively suppressed in the City of Los Angeles. 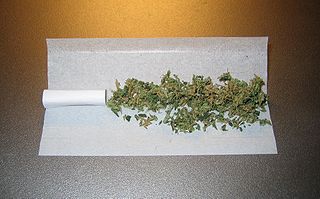 Instead, Los Angeles Marijuana Lawyers are hailing the “stay of execution,” as L.A. Weekly put it.

A letter had been issued to some 1,800 marijuana collectives throughout the city, containing a stern warning of swift and severe consequences for those dispensaries that remained open past the deadline. These consequences would have included fines of up to $2,500 each day, as well as property forfeiture and misdemeanor criminal prosecution carrying up to six months in jail and a $1,000 fine.

All of this, of course, is in violation to California’s Constitution, as amended with the Compassionate Use Act of 1996.

However, all of this was halted when it was recently announced that medical marijuana advocates throughout the city had rallied a deluge of support and gathered far more than the required 29,000 signatures needed to put the issue to a public vote in March. (In less than two weeks, they had obtained more than 50,000.)

Overturning a city referendum is extremely rare. The fact that this was done – and so quickly – proves the support the people of Los Angeles have for the rights of those who use and distribute medicinal marijuana. What this means is that the ordinance is effectively ineffective, pending the March vote, or unless the city scraps the ban and comes up with another plan.

Still, marijuana lawyers know this fight is far from over, and the latter possibility could prove equally contentious.

As such, the Cannabis Law Group has filed suit on behalf of one of those dispensaries, Collins Collective, in an effort to get a formal ruling on their rights and, hopefully, have the city’s ban declared unconstitutional.

As it fends off litigation, the city has one of a few options:

1. It can rewrite its ban so as to be far less sweeping;
2. It can brace itself for a very public fight leading up to the March election;
3. It can put the marijuana referendum to a special election, in which far fewer voters would be expected to turn out;
4. It could launch a crackdown on dispensaries in anticipation of any of these.

City councilman Paul Koretz is proposing a measure that would have the council withdraw its outright ban and go forward in allowing the city’s original 182 dispensaries to remain open. These were facilities that registered with the city prior to the moratorium enacted by the city in 2007.

Alternatively, council members could request the help of the U.S. Drug Enforcement Agency, which views the sale of marijuana in any context a violation of federal law. In fact, marijuana is considered under U.S. law to be a Schedule I narcotic – one that is highly addictive and holding no redeeming medical purpose. That characterization would be comical if the federal authorities weren’t so serious.

While we can claim a temporary victory, this is a battle that is likely far from over.