A new government report makes the overreaching claim that drugs are involved in an increasing number of traffic fatalities across the country. 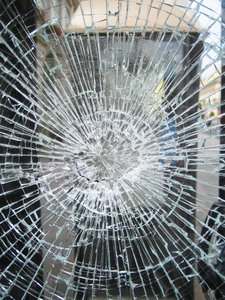 The study, conducted by the National Highway Traffic Safety Administration (NHTSA) as part of its Fatality Analysis Reporting System (FARS), purports that of the 63 percent of deceased drivers who were tested in 2009 for drugs, 28 percent tested positive, and that it had increased by several percentage points from a few years earlier. These figures include those cases in which a marijuana DUI in L.A. is suspected.

But our L.A. medical marijuana attorneys have looked a little closer at the numbers behind these statistics, and it appears the government’s hypothesis is a stretch. Government agencies have an investment in continuing to prosecute for charges such as marijuana DUI in California and elsewhere in the country, so research such as this widely disseminated, particularly because it’s being touted as the first study of its kind.

Now, the government tested for a number of different substances, including: hallucinogens, depressants, stimulants, inhalants, PCP, steroids and cannabis. These included not only illicit drugs, but those that were legally prescribed as well – AND over-the-counter medicine. According to the Centers for Disease Control and Prevention, about half of ALL Americans are taking at least one prescription drug at any given time. The number of anti-depressants alone tripled between 1988 and 2000, according to the CDC. Suddenly, that 18 percent rate seems almost paltry.

Let’s also consider that even the NHTSA admitted that just because a fatally injured driver tested positive for drugs doesn’t mean that the driver had been impaired or that the drug was a factor in the crash. All it meant was that the substance was in the person’s system. We know from DUI marijuana cases that THC can stay in a person’s system for up to 30 days. So technically, a person who smoked medical marijuana a month ago – and none since – could have been factored into this statistic, even if the crash was the fault of the other driver. And yet, an administrator is quoted in the press release as saying that every driver has a responsibility to operate his or her vehicle with full attention given to the task of driving. That’s true, but as we’ve just pointed out, there’s no proof that these individuals weren’t driving responsibly. He goes on to say that far too many people are driving after taking drugs, putting themselves and others at risk. Wait, though – didn’t they just say that a positive test result didn’t mean the drug had anything to do with the crash? Why this double talk?

Finally, the administrator admitted that the testing for these drugs varied from state to state, so there is no real consistency in the findings. So how can we trust the overall figures?

While our California medical marijuana attorneys certainly want everyone to practice safe driving habits, the fact that someone has marijuana in their system does not mean an individual is impaired and is by no means an automatic precursor to a fatal crash.