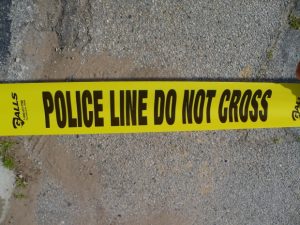 Recent data from the Federal Bureau of Investigation reveals that authorities made 643,000 marijuana arrests last year. That’s the lowest in two decades, but it still works out to one marijuana arrest every 49 seconds. The vast majority of these cases – 9 in 10 – do NOT involve elaborate grow operations like this one. Most are for mere possession offenses.

In 2011, California lawmakers decriminalized possessing tiny amounts of the drug to a minor infraction, on par with a parking citation. However, a recent study by the Drug Policy Alliance (an organization that is favorable to liberalization of marijuana laws) reveals, “It’s not legal yet.” California law enforcement agencies arrested some 500,000 people for marijuana possession between 2006 and 2015.

The report additionally shows that black Californians were twice as likely to be arrested for misdemeanor marijuana offenses than their white counterparts. What’s more, they were five times more likely to be arrested for marijuana-related felonies. This is despite the fact that numerous studies have shown whites use and possess the drug at the same rates as their minority counterparts.

Proposition 64, the ballot measure that would allow for legalized recreational marijuana, would make both possession of concentrates as well as distributing small amounts of pot totally legal. Additionally, Californians would be able to grow up to six marijuana plants at home. Sales of these plants would be legalized and taxed in a way similar to how Colorado has structured it.