A number of lawsuits were recently filed in four federal judicial districts in California in an attempt to stop the U.S. attorneys from closing down a number of medical marijuana dispensaries in Los Angeles and elsewhere, according to the Los Angeles Times.

These lawsuits serve as the second legal attempt to stop enforcement efforts against the industry after four prosecutors announced in October that they would be targeting companies for shutdown. The suits are asking judges to approve restraining orders against those who are looking to shut down dispensaries in the area. 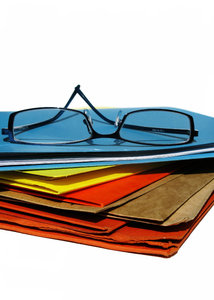 Our Orange County medical marijuana attorneys understand that the lawsuits argue that the government’s threat to attack owners and landlords of company property conflicts with an earlier agreement that led a federal judge to throw out a similar suit in Santa Cruz. In that earlier agreement, government officials stated they would not be using federal resources against those within the medical marijuana industry who abide by the laws of the state. Those in the medical marijuana industry are being targeted from all sides for abiding by the law of the state.

The problem is that medical marijuana was approved by voters in the state of California back in 1996 under Proposition 215. You can’t make something legal and then irrationally enforce a different set of laws on it. This is an industry that is legal in California and no other governing force should be able to step in and set their own regulations upon these individuals. Local and County governments continue to create regulations and standards to alter the industry, but the truth is that it’s legal by the state and should be governed as such.

As we reported before, the U.S. attorneys said that they would only be targeting growers and operators in the state who were violating California’s law, which says that these companies cannot operate as for-profit companies. That’s not what’s been going on though. They’re targeting everyone and being sneaky about it, sending threatening letters to landlords saying they’re going to seize property if action isn’t taken.

Dispensaries across the state are joining together and backing these suits, some are not doing so publicly though. According one of the lawsuits, the recent federal enforcement “will eviscerate and likely eradicate” California’s medical marijuana industry which was made legal years and years ago. This industry relies on the storefront shops that are being targeting in the enforcement. With approximately 1,000,000 doctor-prescribed patients in the state, many are left without valuable treatment.

Not only is the medical marijuana industry a benefit to patients suffering from a laundry list of debilitating conditions, it’s also a positive reinforcement to local government. The industry created nearly $5 billion in annual revenue and roughly $100 million in annual sales tax. This is an industry that no one can afford to lose.

The CANNABIS LAW GROUP offers aggressive and experienced representation for those in the medical marijuana industry throughout Southern California. If you need to speak with an attorney, contact our firm. Call 949-375-4734 for a confidential consultation to discuss your rights.