As Washington state and Colorado prepare to organize the launch of the country’s first-ever legalized recreational marijuana industry, words of caution must be heeded. 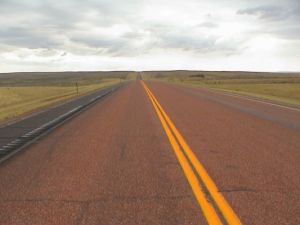 Our California marijuana lawyers know that while a number of bordering states have also approved the drug for medicinal use, recreational users and growers will find they are not protected from criminal sanctions in those states if they are caught in possession of the drug or certain paraphernalia.

For those who chance bringing their supply to another state, not only is arrest on marijuana charges a risk, it’s a probability. Law enforcement officials in neighboring states are well aware of the recent changes in Colorado and Washington, and are eager to prevent the drug from illegally finding its way into their territory.

A recent example of this was profiled not long ago by a Seattle Times columnist who recently traveled to Idaho with his wife. The pair were on I-86 when they were stopped by a state police officer who had followed them for approximately two miles.

The columnist says he wasn’t speeding. His taillights were in working order. As it turned out, he’d hesitated momentarily in making a lane change. Although he had ultimately decided not to switch lanes, his brief bout of indecision had caused one of his tires to slightly cross the line, which was enough for the trooper to pounce.

The first thing the officer wanted to know was whether the driver/columnist had been drinking. When it became apparent that he had not, the conversation shifted to one thing: marijuana.

The trooper wanted to know if he was in possession of a state medical-marijuana card. He pressed about whether the driver knew the state marijuana laws differed in Washington and Idaho. He even asked whether the man had “ever” used marijuana (a rather ridiculous question with no relevance whatsoever to the case at hand).

It seems the real reason the trooper had targeted this driver was not the lane change, but rather his Washington license plate. Knowing of the recent legislative changes there, the trooper deduced there may be a possibility that someone from Washington may not have realized they would be vulnerable to a criminal sanction for drug possession, whereas in their home state, they wouldn’t have been.

There is no one sweeping policy with regard to this approach. Certainly, these law enforcement agencies are within their rights to arrest those who violate the laws of their state. Some agencies have implemented policies directing officers to focus on out-of-state recreational users. Others may leave it more largely to the discretion of the officer.

It’s likely we’ll see a number of cases of those from Colorado and Washington being profiled by law enforcement in California simply for their license plate.

Although possession of 28.5 grams or less of marijuana is only punishable by a $100 fine in California, possession of larger amounts may result in a misdemeanor charge accompanied by a jail term of up to six months and fines up to $500. If officers determine an “intent to sell,” the charge can be boosted to a felony.