Though California was the first state to legalize marijuana for medical use, it has trailed behind Colorado and Washington in paving the way towards legalization for recreational use. Now a national advocacy group in San Francisco is taking necessary steps to raise money for a campaign to legalize recreational pot in California. The shift is a policy change in the state, but could potentially influence the 2016 presidential election. According to USA Today, the advocacy group, known as the Marijuana Policy Project, filed necessary paper work with the secretary of state, registering a campaign to start accepting campaign contributions for a recreational pot initiative on the November 2016 ballot. 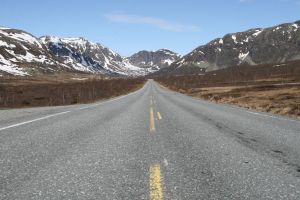 If the measure is passed, it would legalize the commercial sale of pot for recreational use to all adults over the age of 21. Our Orange County medical marijuana attorneys are committed to protecting the rights of card holders, dispensary owners, and others in the marijuana industry. We are abreast of legal and policy changes that impact the rights of users and business owners. When under investigation, facing compliance or regulatory issues, or you have been charged with a marijuana related crime, our legal team is prepared to protect your rights.

The medical industry in California is largely unregulated, though the system has been increasingly under scrutiny and being pushed towards reform. Like the 21 other states that have legalized marijuana for medical use, users and dispensary owners are still at risk of federal investigations and criminal charges. Advocates believe that legalization for recreational use in California will help to streamline marijuana sales, minimize the cost of law enforcement, and help to create a more responsible system in favor of residents. Representatives from the advocacy group hope that through reform, the sale of marijuana can be taxed and regulated like alcohol.

The advocacy group is based in Washington D.C. and has waged campaigns nationwide, raising necessary funds and support to pass legislation in other states. The group is hoping to get recreational use on the ballots for a number of states in 2016, while residents of Oregon, Alaska, and D.C. will vote on recreational use in November this year. California has had the recreational use vote before, but voters rejected the initiative in 2010. Like many states, California faced resistance from legislators, law enforcement officials, and other anti-legalization organizations. Those in favor of Prop 19 were also surprised to face resistance from medical marijuana users.

Despite resistance in the past, advocates do not believe that the new initiative will face as many challenges. Given that the national climate has changed regarding marijuana laws and that California is also posed in reform, advocates predict that aiming for an election year will also be an advantage. The advocacy group plans to use the next two years to build broad support and address many of the potential issues and questions that voters will pose when making a decision. In addition to the D.C. based advocacy group, there are other local state organizations who will be joining the legalization efforts. The campaign is projected to cost between $8 million and $12 million.