New research spells out what our Los Angeles marijuana lawyers have been saying all along: Legalized medical marijuana does not increase illicit marijuana use by teens. 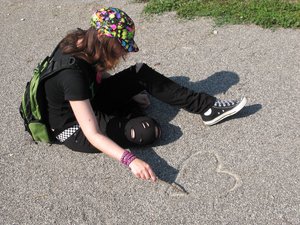 While the study, conducted by economists at the University of Colorado Denver, doesn’t directly impact policy, either in Colorado or California, it does get to the heart of what so many anti-pot activists claim. That is, that marijuana is a gateway drug that will propel our youth into harder substances and further that legalized marijuana increases their access.

Instead, researchers analyzing teen drug use in states that had legalized marijuana for medical purposes found there was not even a hint of an increase in those areas as opposed to places that had not legalized it. If anything, the opposite was actually true.

One of the lead researchers on the study, economist Daniel Rees, was quoted as saying that critics of medical marijuana who validate their efforts by citing an uptick in teen drug use will have to find other reasons to back their claims.

Rees and the other researchers, who were also from the University of Oregon and Montana State University, poured over survey data spanning from 1993 to 2009. Within that time frame, there were 13 states (California being the first) to legalize marijuana for medicinal purposes. (It’s now legal in 17 states.) Each of those states have been varied in their approaches to regulation, and therefore, have varied in the level of access that patients had to dispensaries.

In comparing the data on legalization to the survey data regarding teen drug use, they found that whether a state had legalized marijuana or not held no bearing whatsoever on the teens using drugs. In fact, there was often an inverse relationship: In those states where marijuana was expressly illegal for all purposes, teens were more likely to abuse the drug.

The researchers have floated around several theories as to why this is, but at least partially, it could have something to do with the fact that when you make something strictly off-limits, it becomes more attractive to teens. If you make it something that is well-understood and well-regulated, it becomes less of a forbidden fruit.

Researchers concede that there is some anecdotal evidence that the medical marijuana is finding its way into the hands of teenagers, but the actual, hard statistics just don’t bear that out.

This research echoes a similar study out of Rhode Island, which legalized medicinal marijuana in 2006, that indicated the same. In that study, scientists explored marijuana and other drug use among teens there between 1997 and 2009. What they found was that the 2006 passage of the medical marijuana law had no effect whatsoever on teens using drugs.