The 3rd District Court of Appeals has upheld a ban on the cultivation of medicinal marijuana and stated that the court’s previous opinions and state law cannot preempt the city’s police power. 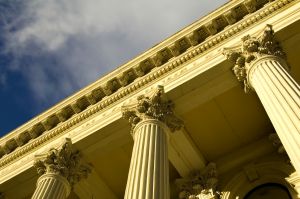 Our medical marijuana lawyers believe the American public as well as the courts are turning in favor of legalized marijuana but are also aware that the marijuana movement still experiences setbacks.

In 3rd District Court of Appeals upheld an earlier decision from the Superior Court below when he permitted a city ordinance from December 2011 to continue.

In response to the December 2011 ordinance, which banned the cultivation of marijuana within the city, a group of marijuana supporters, caregivers, and patients sued to prevent the ordinance from being enforced.

The court stated that there is no right to cultivate marijuana for medicinal purposes.

Overall, the tide is turning in favor of more liberal polices when it comes to marijuana enforcement but as the movement progress forward it has experienced setbacks as well.

Aside from the refusal of federal legislators to change federal laws regarding cannabis the Supreme Court of the United States has dealt blows to advocates of marijuana legalization as well.

In October of 2013, the United States Supreme Court determined that it would not hear an appeal from medicinal marijuana advocates who had filed to challenge the Drug Enforcement Agency’s decision to keep marijuana as a Schedule I drug under the Controlled Substance Act.

Schedule I is the category reserved for the substances that are the most dangerous.

Individuals in favor of rescheduling marijuana are going on almost 40 years of attempting to do so but have been battling the Drug Enforcement Agency.

Drugs that fall into the Schedule I category are deemed to have no medical value whatsoever and are also deemed to have a very high potential for abuse.

Schedule I drugs include Heroin, MDMA, and LSD. The Drug Enforcement Agency continuously insists that marijuana should not be down-scheduled – even in the face of a growing mountain of research that details the medicinal uses of marijuana.

The Drug Enforcement Agency is also at odds with 20 states and the District of Columbia – all of whom have legalized medicinal marijuana.

The October attempt to reclassify marijuana represents the third formal attempt to reschedule the substance. A fourth effort was filed in 2011 by the governors of Rhode Island and Washington and is still pending.