The City of Los Angeles has been urged to stop its pot shop vetting process and initiate an independent audit amid complaints that some applicants were given unfair early access. 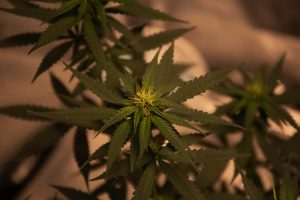 The Los Angeles Times reports City Council President Herb Wesson wants the city to temporarily suspend the approval process until these concerns can be rectified.

As our Los Angeles cannabis business attorneys can explain, the current system only allows for review of a limited number of applications, so it’s done on a first-come, first-serve basis. The concern with this approach is that some applicants had an edge when it came to faster submission.Would-be cannabis entrepreneurs in economically-disadvantaged areas (coincidentally those hit hardest by the decades-long war on drugs before marijuana became legal) struggled to keep pace with those in wealthier communities with widespread access to high-speed internet.

Wesson submitted a letter to the Department of Cannabis Regulation asking the state regulator to intervene with a plan to do one or all of the following:

Transparency and integrity of the process, Wesson said, is key.

A spokeswoman for the DCR told the Times that regulators are committed to transparency and fairness of pot shop licensing throughout California, and plan to meet with the Wesson’s office in the near future to discuss the recommendations submitted.

As of right now, more than 300 existing cannabis companies – suppliers and retailers – have been granted licensing approval to operate.

The edge afforded by high-speed internet becomes apparent when you consider that in the latest round of pot shop application reviews, where 100 new licenses were to be issued, the city received 300 applications in just three minutes. Some critics argue that this in effect became “the fastest computer contest.”

In all, 800 applications were submitted, competing for 100 slots.

Another fact that raised concerns was that an unusually large number of those granted application review had Armenian surnames. This, critics say, isn’t reflective of a community that was hard-hit by the war on drugs – something Los Angeles leadership had specifically promised to prioritize in cannabis licensing.

The executive director of the DCR insisted only two applicants had early access to the system – and only then because of the agency’s own error in resetting their passwords. This was rectified, the director said, by pushing those applications back into line where they would have ended up had the error not occurred. There are no indications, she said, that bots or other nefarious influences were being used to churn out faster approval of applications.

Delays Could Cost Some Cannabis Entrepreneurs

While many support a “re-do” effort, others say further delays in approving applications could mean financial ruin to applicants who have already signed storefront leases.

They encouraged review of all applications, knowing that it’s not likely all will be eligible due to some deficiency in the application process.

Whatever is decided, there will be at least one more bulk application review that could allow for an additional 150 marijuana retail licenses issued. After that, applicants may be approved on an individual basis in neighborhoods that have already reached their cap if city council approves.

If you are trying to secure a Los Angeles cannabis retail license, consider working with an experienced marijuana lawyer who can help you navigate the process from application to business plan to ongoing legal oversight.