Rather than wage a battle at the polls next March, Los Angeles City Council voted Tuesday to repeal its recent ban on marijuana dispensaries. 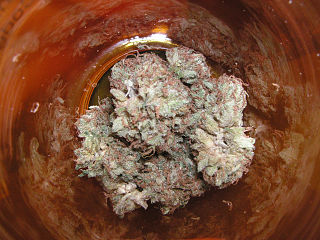 Our Los Angeles marijuana lawyers understand that the 11-2 vote was in response to the nearly 50,000 signatures that were collected in an effort to hold a referendum on the so-called “gentle ban.”

Back in July, city councils adopted the measure that would effectively shut down storefront operations, while allowing small groups, limited to three patients and/or their caregivers, to grow the drug for personal use. The problem with the initiative was that many patients lack the time, energy, funds and expertise to properly grow the plant. So ultimately, despite its label as a gentle ban, the measure would have cut the supply to thousands who rely on Los Angeles marijuana dispensaries for their medicine.

The backlash was swift, and marijuana activists quickly secured far more than the required signatures needed to hold a vote to repeal the measure.

Now, that won’t be necessary.

So what does this mean for Los Angeles dispensaries and patients? For now, it means they can operate openly without the fear of being targeted by local authorities. However, it doesn’t necessarily protect them from the federal authorities, who have recently renewed their statewide crackdown here in Los Angeles.

Any dispensary that is currently operating without legal representation should secure the services of an experienced marijuana attorney immediately, as there are sure to be legal challenges on the horizon. It’s very unlikely that this will mark the end of the medical marijuana saga in Los Angeles, and it’s critical that dispensary owners protect themselves by consulting with a lawyer skilled in this area of law.

Councilman Ed Reyes, who had voted in favor of the ban in July, conceded in an interview after Tuesday’s vote that this was a “very confusing time” for everybody on all sides of this issue. He said there are those dispensaries that open and operate for all the right reasons, and according to the spirit and letter of state law. However, there are also those that operate solely for the purpose of seeking a profit, and it is these operations that end up putting communities at risk for crime.

His statement is of course contrary to recent studies showing that marijuana dispensaries do not have any effect on the crime rate. However, we can take his stance to mean that efforts by local authorities to regulate dispensaries are far from over.

The city’s ban targeted not only those 750 dispensaries that were registered with the city, but another estimated 250 more that are not registered.

According to Americans for Safe Access, a medical marijuana advocacy group, more than 175 cities in some 20 California counties have banned retail marijuana operations.

Part of the reasoning Los Angeles city officials gave for repealing this ban was the need for better guidance and instruction from state legislators. The judicial system has had a sort of schizophrenic response with regard to the issue, with conflicting rulings cropping up throughout the state.

We expect the state’s Supreme Court at some point to address whether local municipalities do indeed hold the right to ban clinics under state law. However, a hearing date has yet to be established.