The May 21 election in Los Angeles will offer voters choices for who they want as their city attorney, mayor, Community College Board members, controller, City Council members and school board members. 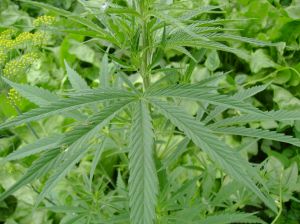 Additionally, as our Los Angeles marijuana lawyers know, three of the four ballot measures will include choices on how voters want to handle marijuana dispensaries throughout the city.

Sample ballots will be available on April 22, and early voters will be able to mail their ballots soon after that.

You may recall that these measures cropped up soon after the Los Angeles City Council enacted a ban on all medical marijuana dispensaries therein. In swift order, marijuana advocacy groups gathered more than enough signatures to repeal the measure in this May ballot. Rather than waiting for that to happen, city council repealed the ban, and is now backing one of the three now on the table.

We’d like to offer here some impartial analysis of each measure in the two-part blog series, in an effort to offer you the opportunity to make an informed choice as you head to the polls.

The situation, as laid forth by the League of Women Voters of California, is one in which there has been a continued expansion of medical marijuana dispensaries throughout the city and that the goal of regulation on dispensary numbers, operation and location is to protect residents, patients and businesses from potential negative effects.

The first of these competing measures is known as “Proposition D.”

This proposal would enact a ban on medical marijuana businesses – save for those that were in operation as of September 2007. They also had to have been registered with the city as well as meet other operational standards and requirements. Those would generally include annual background checks, separation from residential zones and keeps a 1,000-foot distance from schools and a 600-foot distance from child care facilities, parks and other dispensaries.

Proposition D would exempt regulation of operations with three or fewer patients or caregivers who grow medical marijuana for their patients or themselves. It would also exempt licensed health care facilities and/or vehicles that are used to delivery marijuana to qualifying patients.

It would also increase city taxes on dispensaries from $50 up to $60 for every $1,000 in gross receipts.

Voting “Yes” for Proposition D would mean that you wish to allow the continued operation of no more than about roughly 130 to 140 medical marijuana dispensaries, alongside these other regulations.

This is the only one of the three ballot measures that is a proposition. The other two are the result of the initiative petition process.

The city’s administrative officer has reported that the exact fiscal impact of this action can’t be quantified. We do know that in 2012, the city received upwards of $2.5 million from marijuana dispensaries. This measure would cause the city to lose a significant amount of that. Some of those funds might be recovered in the form of tax increases for those dispensaries that remain, but it isn’t likely to recover all of it.

To read more about the other two ballot measures, Proposition E and Proposition F, be sure to look for our next blog entry.