Los Angeles marijuana lawyers have been watching with interest the developments originating in Connecticut, which became the 17th state (not including D.C.) which has legalized medical marijuana. 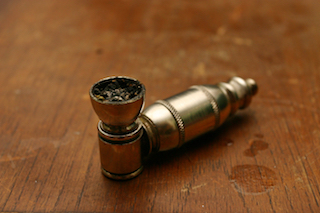 Even though using medical marijuana in Los Angeles has been legal since 1996, our state has been plagued by problems, particularly in recent months as the federal government has staged a huge crackdown affecting dispensaries and patients throughout the state.

Medical marijuana dispensaries in other states, including Washington and Colorado, have also suffered as a result of the discrepancy between state and federal law, which bears that even marijuana for medical purposes is illegal.

However, a recent Associated Press story appears to indicate that Connecticut may have put some measures in place with its new legalization law that may potentially help it avoid the same federal wrath.

What Connecticut has reportedly done is go further than any other state in regulating the drug. With the new law, marijuana can be sold in multiple forms at local dispensaries. Each of those dispensaries have to have a licensed pharmacist on staff. It would be sold and marketed only to patients who are given a prescription to use it. And then it takes it a step further by specifically outlining the medical conditions for which use of the drug is approved and also sets up a registration program for not only patients, but also their caregivers. Cultivation would be strictly conducted only by growers who have a state-issued permit.

The difference in regulation between our state and Connecticut was the way in which medical marijuana legalization became law. Here, voters approved the measure through a ballot initiative in 1996. That meant that when the measure became law, there weren’t comprehensive restrictions and state-imposed regulations. That meant that it was left up to local governments to decide how to regulate.

On the flip side, Connecticut’s law was passed by the legislature, with an extensive plan for regulation.

That’s meant that other states, like Colorado, have taken steps to increase restrictions, and hopefully avoid federal scrutiny.

Still, as California knows from experience, this doesn’t exactly make them fool-proof safe from aggressive U.S. attorneys. A letter from U.S. Attorney David Fein indicated that while the federal government didn’t plan to go after sick patients who use medical marijuana, they would go after those who manufacture and sell the drug.

Gee, how benevolent of them.

Still, there may be some wisdom to be gained from the examples set by other states. While California was a trailblazer of the movement – the first state in the country to legalize medical marijuana – it certainly hasn’t perfected the laws.

Imposing those types of restrictions won’t necessarily mean an elimination of problems for medical marijuana dispensaries and patients. Maybe, though, it’s something lawmakers could consider, as a means to more uniformity and perhaps, fewer headaches.