Los Angeles marijuana attorneys have been fighting for the cannabis rights in California for two decades now. As one of the oldest-serving cannabis law firms in Los Angeles, the biggest city in the first and largest state ever to approve medical marijuana, it has not been without its many, many challenges – from a patchwork of local laws at the community level to the federal raids of dispensaries operating legally under state but not federal law to the disparities revealed when police officers were given broad discretion in deciding who to civilly cite versus who to arrest for petty possession crimes. Every battle saw this once-demonized plant inch closer to legitimacy, closer to legalization. We still aren’t there. We won’t be until the federal government removes marijuana from the federal list of Controlled Substances, does more than look the other way at state-approved marijuana sales and allows these companies to operate with the same protections as any other business, its customers treated like any other patron. 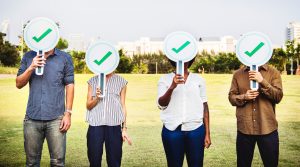 Looking back, 2018 has been a banner year for legalized marijuana across the country – including here in California, where it all started. One legislator and long-time marijuana advocate commented that “this was the year the movement crested,” meaning action that would overturn the federal ban is imminent now that two-thirds of all states have some form of legalized medicinal marijuana, 10 allow recreational marijuana and more are sure to follow.

After voters approved legalization of recreational marijuana in 2016, the legal market couldn’t simply swing open the doors the next day. The state established an oversight board, set product standards, carved out power to local communities and allocated the tax revenue generated. This year marked the year California became the biggest legal marijuana marketplace in the U.S.

Meanwhile across the country, we saw even conservative states like Oklahoma and Utah. States on the East Coast saw commercial marijuana stores opening for the very first time.

U.S. regulators here in the U.S. finally approved a marijuana pharmaceutical for the very first time, an epilepsy drug that has shown great promise. Cannabis companies across the country have seen something of a “green rush,” with billions of dollars being poured into the industry. The federal farm bill recently signed by the president removed hemp from the list of controlled substances, expanding the cannabis market substantially.

Internationally, Canada legalized a broad recreational marijuana measure. South of the border, a ruling this year by the Mexican Supreme Court set the stage for legalization there too.  In Europe, Luxembourg is likely to become the first country there to approve recreational marijuana legalization. South Africa probably isn’t far behind. In Israel, the parliament passed a measure allowing legal exports of medicinal marijuana. Medical pot was also approved by Thailand, and several other countries in Southeast Asia are on the cusp of doing the same. Cannabidiol (CBD) is likely soon to be legal in South Korea.

Companies that serve the marijuana industry have skyrocketed – computer software engineers, lab analysts, research and data development, marketing and consulting, security personnel, insurers, bankers – and yes, attorneys specializing in California marijuana business. They’re entering the market because they see opportunity. We’ve been here from the beginning because we saw it all along, helping defendants and dispensaries and doctors and farmers navigate this complex, rapidly-evolving legal landscape and commercial marketplace.

There were many ways in which one might interpret 2018 as a less-than-stellar year, but as far as marijuana is concerned – we hope to see more and more like it.