We are now at the point in this country where 18 states and the District of Columbia have legalized marijuana for medicinal purposes. Two others are allowing it for recreational use. 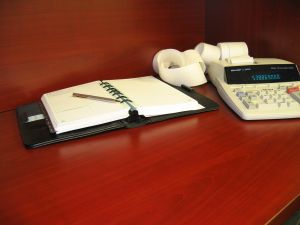 And yet, Los Angeles marijuana lawyers know that those who seek to dispense the drug have as tough time when it comes to taxes because, technically under federal law, they are considered drug traffickers. What that means is that under Section 280E of the federal tax code, these operations may be denied deductions.

However, a recent case out of California may have cracked that door slightly ajar.

The case is Californians Helping to Alleviate Medical Problems, Inc., v. Commissioner of Internal Revenue, and it was recently heard in U.S. Tax Court. The plaintiff in this case is a marijuana collective that provided caregiving and counseling to individuals who were suffering from debilitating diseases. Additionally, the facility provided members with medical marijuana, pursuant to the state’s Compassionate Use Act of 1996, under California Health & Safety Code sec. 11362.5. it charged its members a fee that would reimburse the facility for the cost of caregiving, as well as the medical marijuana.

The IRS determined that because of the medical marijuana aspect of the operation, NONE of the firm’s expenses were tax deductible under sec. 280E of the Internal Revenue Code, as those expenses were incurred in connection with the act of trafficking in a controlled substance.

What the U.S. Tax Court found was that while the IRS was correct in denying any tax deductions for the marijuana-related expenses, it could not deny deductions for its caregiving services, which was essentially a separate trade.

So although the plaintiff was found to have owed $355,000 in federal income taxes, and would have to pay a $71,000 penalty as a result, the judge ruled that a portion of that may be forgiven, as a portion of the operation’s expenses are considered tax deductible.

But of course, this is not the be-all-end-all when it comes to tax law for dispensaries, collectives and cooperatives. Simply because a state has legalized medical marijuana does not necessarily ensure that these operations won’t be hit with unfair tax disadvantages.

When it comes to personal income taxes, the state conforms to the federal Section 280E. However, corporate tax law is different, which means that a dispensary owned by a corporation might be able to deduct ordinary and necessary business expenses. State tax rules tend to favor corporations.

The bottom line is that there are generally a great deal of legal considerations for these operations to make, from the ever-present potential for federal enforcement to ever-changing local ordinances. Tax issues are yet another problem for those in the industry, but it’s one you should not overlook.

Hiring a skilled marijuana lawyer will allow you to accurately navigate the local, state and federal tax law, while protecting your financial interests and ensuring you are following the letter of the law.