Just days ahead of an election that will determine the future of marijuana rights in Los Angeles, the Los Angeles Times editorial board issued a ringing endorsement of one of three competing regulatory measures that will ultimately be decided by voters. 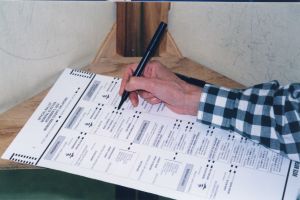 Our Los Angeles marijuana lawyers understand that the board is backing Measure D, the council-backed measure that would slash the number of dispensaries in the city from between 850 and 1,600 (no one knows for sure how many there are at this point) to about 135. Those that remain would be those that were open prior to the city’s 2007 law that banned dispensaries. These sites would also have been expected to have re-registered in 2011.

These operations would also have to abide by a number of statutory provisions, including maintaining a certain distance from schools, parks and other dispensaries, paying higher taxes ($60 on each $1,000 of gross receipts) and hours of operation would be limited to between 10 a.m. and 8 p.m. Additionally, marijuana consumption on the premises would be prohibited, and those employed by the dispensaries must undergo background checks and not have felony criminal records.

This is perhaps the most restrictive of all three measures. Proposal E is quite similar, but even supporters have abandoned it in favor of Measure D. As such, Proposal E isn’t likely to get the 50 percent-plus-one support required for the measure to pass. By the time supporters switched gears, it was too late to pull Proposal E off the ballot, so it still remains.

Measure F, meanwhile, would allow far broader guidelines. The Times says it “sets no limits.” That’s actually not the case because it does set some strong protections and rules, which in some instances are more stringent than those set by Measure D. However, unlike D, Measure F would basically allow for an unlimited number of marijuana dispensaries in the city. Granted, that’s not something that appeals to the small, but vocal, group who wanted dispensaries ousted altogether.

Still, given that Los Angeles has a population of 3.82 million, allowing for only 135 dispensaries would mean just one facility for every 29,000 people.

Plus, once all the restrictions are in place, the boundary limitations and other requirements are in place, the actual number of dispensaries would be further reduced. However, it’s worth considering that there is nothing in Measure D that would allow for expansion as necessary, per population growth.

The one thing we do tend to agree with the Times editorial board on is this: The implementation of Proposition 215 has been largely unsuccessful. Both state lawmakers, the state attorney general’s office came far too late in offering critical guidance on the legal issues, and the federal government has sent conflicted messages about what it would and would not allow.

Even the state supreme court only within the last month issued a decision affirming cities’ rights to ban dispensaries within their jurisdictions.