Medical marijuana patients in California have long suffered bouts of harassment in their commutes to and from work or the doctor’s office or their children’s school, with officers asserting that simply smelling of the plant or having traces of it in one’s system could amount to impaired driving. 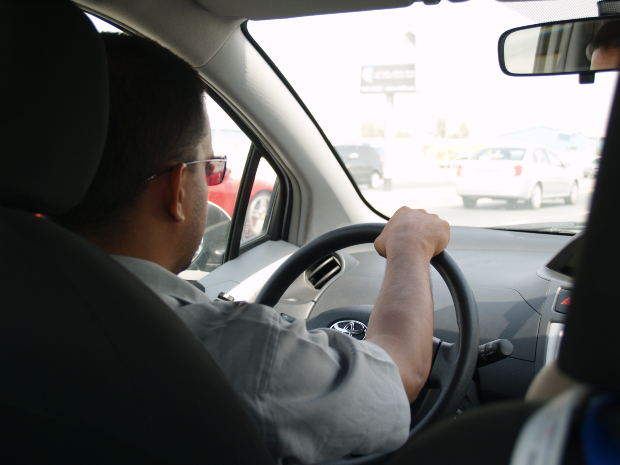 Our Los Angeles marijuana lawyers are committed to fighting for the rights of these patients, who should not suffer any greater scrutiny than someone taking any other kind of prescribed medicine.

A recent case out of Connecticut involved a Rhode Island state representative who was reportedly charged with DUI and marijuana possession after being stopped at a checkpoint. He had a legal prescription for the drug in his native state for pain related to his pancreatitis, though the drug is not considered legal in Connecticut.

The officer who stopped him reportedly suspected he was also under the influence of alcohol. However, both breathalyzer and later urine test samples revealed his blood alcohol level to be far under the legal limit for a DUI charge. His urine test did, however, reveal traces of marijuana. The officer, after speaking with a local prosecutor, determined that the presence of the two substances combined should be enough to warrant pressing charges.

However, the charge was later dropped on a technicality regarding the timing of the urine test. (It should have been conducted within a certain time frame, and it was not.)

But the case poses another interesting point: Were Connecticut prosecutors surmising that medical marijuana users should inherently be subjected to a different set of DUI laws? They were using the fact that the combination alone amounted to intoxication, but this was not based on any scientific fact. We can be assured, however, that prosecutors in other locations will likely at some point attempt the same.

When we look at this a bit more closely, the whole premise is absurd, especially because we understand the differences between the way the human body processes marijuana versus the way it processes alcohol. Blood alcohol measurements, such as breathalzyers or blood tests, may be effective in determining intoxication because alcohol remains in the system a very short time. So the presence of alcohol above a certain level at any point in time is going to indicate intoxication or impairment.

Marijuana, however, is different. While there is no set measure for marijuana intoxication in California (as there is now currently in Washington State, where it has been set at 5 nanometers of TCH per milligram of blood content), the presence alone of marijuana should not be misconstrued as a clear sign of intoxication. That’s because unlike alcohol, marijuana can remain in the system for days or even weeks after use. The rate at which a person processes the drug may have more to do with their own metabolism than how recently it was consumed. Further, an individual who consumes a great deal of marijuana on a regular basis, as prescribed, may have extremely high levels of THC in their system, but that is not necessarily indicative of intoxication – only of regular use.

So the standard applied in the Connecticut case is troubling, even if it was later tossed on a technicality.

California Vehicle Code 23152(a) specifically addresses DUI marijuana in this state, though it leaves much to officer interpretation. It requires that an officer make a determination that you are impaired to a degree that you no longer have the ability to drive with the caution that would be exhibited by a person who is sober. Usually, that will rely heavily upon your pattern of driving, your physical appearance, your performance in any field sobriety tests and chemical testing, such as a urine or blood sample.

If you have been arrested for marijuana DUI in Los Angeles, call us today.