As the Los Angeles City Council mulls its next move with regard to the suspended marijuana dispensary ban, the editorial staff at The Los Angeles Times are weighing in on the issue. 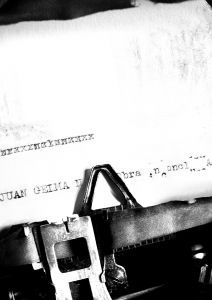 It’s obviously a hot-button topic at the moment, but our Los Angeles marijuana lawyers felt that some of the views expressed by the paper’s editorial board merit some consideration by the council, as it grapples with the issue of what to do next.

The relationship between medical marijuana dispensaries and city officials wasn’t always so contentious. In fact, in the beginning, city officials welcomed the storefront shops.

But a few years later, the tone shifted. In 2007, the city tried to limit the proliferating numbers of pot sellers by imposing a moratorium and enacting further restrictions. Not only did it not work, but several dispensaries went after the city in court, alleging that a moratorium was unfair because state law granted allowance for such collectives.

So all this brings us to the recent decision made this summer by council, enacting a so-called “soft ban” on dispensaries. This measure would effectively close all storefront operations, but would allow small groups of patients and caregivers to continue to cultivate the drug for medicinal purposes. It was driven by the overturning of the regulatory Long Beach ordinance upon appeal, which held that the city couldn’t regulate marijuana shops because to do so would be to sanction illegal activity.

Los Angeles city leaders mistakenly believed a soft ban would go over better with the courts, and the court of public opinion.

They were sorely mistaken regarding the latter.

In lightning-fast time, medical marijuana advocates and supporters gathered a huge number of signatures in order to request a voter referendum to repeal the ban. That has resulted to the current suspension of the measure, and city council’s current dilemma.

And what’s more, they may still be open to numerous legal challenges under Proposition 215.

As the editorial board notes, this whole story might have turned out differently had the council initially put more effort into clear, well-drafted ordinances and strong enforcement measures.

But it’s too late fr that now. It’s simply not sensible, considering the number of people who now rely on cannabis for legitimate, medical purposes. Having experienced the benefits of this natural remedy to a wide range of ailments, attempts to strip access to the drug at this point are going to fail pretty miserably. (The fact that advocates gathered as many signatures as they did in the time frame they did is further evidence of that.)

But even if voters did back the council’s ban, how does the city plan to enforce it? Previous efforts have been spotty, at best. Plus, the ban, as it’s written, makes the city vulnerable to legal challenges.

What the editorial board suggests is that council members return to debating the issue and come up with a solution that could regulate the dispensaries and simultaneously offer a plan of how they intend to enforce it.