Florida is among the handful of states that have yet to legalize marijuana for medicinal purposes. And yet, a man who was caught growing some 50 plants at his private residence has been acquitted of marijuana manufacture – a third-degree felony in that state, garnering a maximum five years in prison – using the marijuana-as-medicine defense. 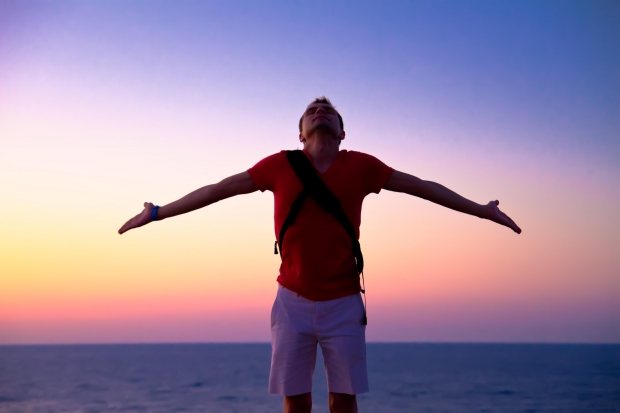 It’s the first time in Florida’s history that this defense has been successfully used before a jury. Only two other cases before that have prevailed with the defense, and defendants in those cases were first convicted in a trial-by-judge before their conviction was overturned by the appellate courts.

The case shows just how far we have come in terms of attitudes toward cannabis, which remains, according to federal law, a Schedule I narcotic that is illegal to grow, harvest, sell, distribute or possess.

Although a measure that would have legalized medical marijuana in Florida was narrowly defeated last year (it garnered 58 percent of the votes, but needed 60 percent to pass), it’s likely another ballot initiative will be introduced again next election cycle. Meanwhile, a groundswell of support has shifted the conversation with regard to marijuana and the way it should be regulated.

Last summer, a Gallup pole indicated 58 percent of respondents backed medical marijuana measures. Not only was that the first time ever a clear majority of Americans indicated their support for medical marijuana, it was also a leap of 10 percentage points from just a year earlier. That’s almost five times the support Gallup measured amongst Americans back in 1969.

The Obama administration indicated in 2013 it would no longer interfere with commercial cultivation and sales of the drug, so long as those actions were allowable by state law and strictly regulated.

What makes the recent Florida case so interesting is that the drug is neither legal nor strictly regulated there. And yet, defendant was able to secure an acquittal on criminal charges. He never denied he was growing the drug. He never denied he possessed it. In fact, he admitted everything to police who showed up at his door, acting on a tip. He even admitted at trial on the stand that he had smoked a marijuana joint a few hours earlier.

He was upfront with everyone about the fact the drug helps to stimulate his appetite and keep intense bouts of nausea at bay. Defendant has suffered from anorexia since he was a teen, and says the drug helps to keep his symptoms in check.

It’s worth noting prosecutors here presented no evidence defendant was selling or distributing the drug to anyone else. Nor was there evidence he was making any profit from it at all whatsoever.

Defendant rejected several plea bargains offered by prosecutors. Though he admitted his actions, he steadfastly maintained the drug was his medicine. Prosecutors countered he self-diagnosed himself and hadn’t exhausted all other legal forms of treatment before turning to marijuana. The state further argued no doctor had ever prescribed him the drug, though that point fell flat considering no doctor would have been legally allowed to do so in the state, even if they believed it a necessity.

He was the first jury trial defendant to argue medical need in a marijuana case in Florida, and a jury of four women and two men deliberated for less than one hour before returning a verdict in his favor.

Later, outside the courtroom, defendant tearfully thanked the jurors, telling them they had saved his life.