With medical marijuana being legal in California and many other states and recreational marijuana use becoming legal in a few progressive areas, it should come as no surprise that people are becoming concerned about driving under the influence of marijuana. The first thing that is important to understand is that, regardless of whether or not you have a prescription for medical marijuana, it is never legal to driver a motor vehicle under the influence of marijuana. 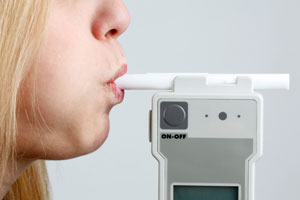 However, one of the major problems law enforcement has is how to prove someone is under the influence of marijuana at the time they were driving. This is the key factor. It is easy enough to give someone a drug test and see if they have the metabolite for THC in his or her urine. However, this will only prove they used marijuana in the past month or so. It will in no way determine if the defendant is or was under the influence of THC at the time of the alleged offense.

For this reason, researchers at a California firm, along with help from the University of California at Berkeley, are working to develop an instant roadside breath test for marijuana, according to recent news article from Fortune. However, this is not as easy at it sounds, because, as our Los Angeles marijuana defense attorneys have seen in other cases, it very difficult to use a rapid process to determine the presence of THC.

One of the other issues being addressed is what does a certain THC level mean. For example, in the case of alcohol, we know that .08 grams of ethanol per hundred milliliters of blood will cause a driver to have blurred vision, slurred speech, motor control issues, impaired judgment and other impairments that make safe driving impossible. On the other hand, even if we can determine a person has 5 nanograms of TCH per milliliter of blood, as is the legal limit in Washington state, we have no idea what that will do the average person. The National Highway Traffic Safety Administration (NHTSA) has significant data from decades worth of testing on how alcohol affects a driver, but the agency says we have insufficient data to say how various levels of marijuana affect drivers and their ability to safely operate a vehicle.