Any business owner knows that investment in advertising is key to success. But Los Angeles marijuana business lawyers know that when it comes to cannabis company advertising, matters get a little trickier. 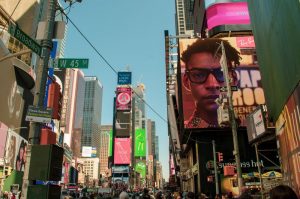 Some California cities are implementing tight restrictions on marijuana advertisements. San Diego, for instance, has begun the process of cracking down on cannabis billboard ads, part of a larger package of rule and regulation changes regarding the new legal market for recreational sale and possession of the drug.

The San Diego Tribune reports new restrictions will be added to limit where cannabis business billboards can be placed. On the bright side, the city is also mulling a move to ease regulation concerning where pot shops, indoor farms and processing centers can be located.

Politicians and attorneys who drafted the rules also took care to use the term “marijuana” rather than “cannabis” in all new city documents and codes – a distinction that not only mirrors the language of Prop. 64, the ballot measure that legalized recreational sales, but also differentiates marijuana from hemp and hemp-derived CBD.

The city planning commission is slated to meet next month, at which time the city council is expected to grant final approval for the new rules.

Advertising restrictions on marijuana and related businesses has been the subject of sharp debate in San Diego and other California communities for years now. Most in favor of more stringent rules say they have a vested interest in keeping the conspicuous material away from the eyes of children, as they don’t want to encourage use of the drug by minors.

Although California law also bars billboard advertisement within 1,000 feet of some places children are prone to gather, that statute doesn’t cite public parks. An earlier version of the San Diego law also included churches, residential care facilities, libraries and residential neighborhoods. However, those restrictions did not make it into the new law.

The law does indicate that the advertising ban extends to both legal and black market marijuana businesses, addressing a major complaint about the state law that leaves this question open-ended – potentially allowing unlicensed businesses to advertise on billboards without restriction, but not those that are licensed. (Realistically, as our Los Angeles marijuana business advertising attorneys know, posting a billboard about a company or service that isn’t legally allowed to operate carries its own risks that could be far costlier.)

It’s estimated that just in San Diego, there are still roughly 100 unlicensed marijuana delivery services, which are a threat to the city-sanctioned businesses. However, most of the illegal brick-and-mortar bud businesses have been purged, at least in San Diego. Those remain a significant problem for authorities in other cities, like Los Angeles.

The legal dispensaries say billboard ads, which can cost thousands of dollars monthly, are essential to drawing in new customers. Still, many say they welcome the new rules, particularly when the language makes it clear that illegal operations aren’t allowed. They have expressed concern about enforcement, though – fines and citations from code enforcement being preferable to a visit from local police.

San Diego first began allowing medical cannabis companies to operate there five years ago. At the time, it barred any marijuana business from operating within 100 feet of certain locations like schools and churches – without consideration for typographical barriers like freeways. The new measure will no longer measure that distance as a straight line, but instead as a pedestrian path between property lines.