Cannabis Law Group's Attorney Damian Nassiri Sues the City of Los Angeles To Block It's Ban on Medical Marijuana as Featured on PBS's So Cal Insider - Part 1
Bankruptcy is not easy business if you’re a marijuana company in the U.S. Even employees filing for individual bankruptcy protection have had bankruptcy courts in several states slam the door on their cases. 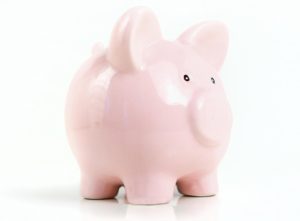 Last month, industry and media reports detailed two bankruptcy cases of individuals with financial connections to the marijuana industry. One a landlord and another an employee of a cannabis worker staffing agency. Although the staffing agency employee was denied the right to pursue bankruptcy, U.S. Court of Appeals for the Ninth District, which has jurisdiction in California cases, granted permission for the landlord who rented to a dispensary.

Bankruptcy is an important right in the U.S. after moving away from the practice of debtors’ prisons in the 19th Century. Both Chapter 11 and Chapter 13 bankruptcy provide individuals with a fresh financial start and shot at a real future, free of looming debt they would have no hope of ever paying off.
Chapter 11 is a reorganization of debts, while Chapter 13 involves creating a manageable plan of repayment stretched over a period of time.
To deny this critical avenue of relief to those just because they work for or do business with a state-legal cannabis company is unconscionable.

One of those involves a woman from Oregon employed by a marijuana staffing agency. Marijuana Business Daily reports the appointed federal trustee is a bankruptcy monitor employed by the U.S. Department of Justice.
She had filed for personal Chapter 13 bankruptcy. protection The trustee filed court documents asserting the woman did not have the right to relieve for personal bankruptcy because her earnings were tied to marijuana sales and citing federal prohibition on the drug.
As longtime cannabis business attorneys, we found this ruling troubling in scope.
The good news is, that court’s ruling is not the final word on this.

That same month, the 9th DCA in Garvin v. Cook rejected the argument of the DOJ’s trustee to deny the landlord Chapter 11 bankruptcy protection, affirming the bankruptcy court’s decision to allow plaintiff’s right to bankruptcy protection.
The DOJ trustee responsible to oversee the bankruptcy cases argued before both the bankruptcy court and the appellate judges that Chapter 11 bankruptcy was not appropriate in this case, as the landlord rented commercial space to a marijuana dispensary.
The trustee pointed to federal prohibition on the drug, and provisions of allow third parties like landlords and banks to be pursued on charges of racketeering and money laundering.
Yet unlike in the other case, the bankruptcy court agreed to allow plaintiff to proceed in his pursuit of bankruptcy protection – and the appellate court affirmed. This ruling holds more weight than the bankruptcy court’s, both because it is now the precedent set in our jurisdiction (as well as others, including Oregon, Hawaii, Alaska and Washington). But the other reason it commands more attention is because it involves the finding of a single judge, while the other is reached by a high-profile, three-judge panel.
But that’s not likely to be the end of it either. If courts in other jurisdictions issue rulings that conflict with the 9th DCA, we could likely see this matter go before the U.S. Supreme Court – which could have significant impact on this and other aspects of cannabis rights.
The Los Angeles CANNABIS LAW Group represents growers, dispensaries, ancillary companies, patients, doctors and those facing marijuana charges. Call us at 949-375-4734.
Additional Resources:
US Court of Appeals backs bankruptcy filing for landlord of WA marijuana grow, May 6, 2019, Marijuana Business Daily
Contact Us
Connect