A medical marijuana patient recently won a state Supreme Court appeal in Michigan, where the high court ruled that patients should be given special exception under the strict law that forbids operation of a vehicle with any amount of THC in the driver’s system. 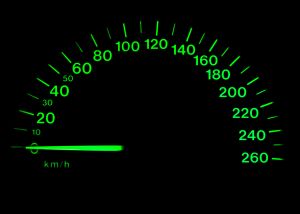 Our Los Angeles marijuana DUI defense lawyers recognize that while California does not yet have a specific marijuana DUI law, we may be on the brink of one. Measures have been considered multiple times by state lawmakers.

Recently in Colorado, legislators passed a law indicating that any person driving with more than 5 nanograms of THC in blood levels.

So the case in Michigan is significant in that it sets a precedent holding that medical marijuana patients can’t be held to that same standard because their physician-approved use of the drug may put them over the legal limit, even though they are not intoxicated.

Unlike alcohol, THC remains in a person’s system for longer periods of time. That means a regular medical user might have a high THC blood level, even though he or she isn’t intoxicated.

In the Michigan case of People v. Koon, the defendant was arrested in violation of MCL 257.625(8), operation of a motor vehicle with any amount of a schedule I controlled substance in the body.

The defendant had been stopped for speeding. He immediately informed the officer that he was a legal marijuana patient, and that he had consumed the drug roughly six hours prior. With a medical marijuana registry card, the defendant was legally allowed to possess and consume the drug under state law.

A subsequent blood test showed that the defendant indeed tested positive for THC, though we don’t know exactly for what amount.

The lower court ruled that the Michigan Medical Marijuana Act protected the defendant from prosecution. The only exception would be if the prosecutor was able to prove that the defendant was actually impaired by the consumption of THC. The mere presence of it, the court ruled, would not be enough to convict him of impaired driving.

That ruling was later upheld by a Circuit Court judge. It was lthen appealed and reversed by the Court of Appeals, which held that the state’s MMMA prohibited operation of a motor vehicle by a patient who was under the influence, and that a person with any amount of marijuana in his or her system could be considered under the influence.

Because the drug could remain in a person’s bloodstream for weeks or possibly up to a month, this would virtually render medical marijuana patients unable to drive.

However, the Michigan Supreme Court held that a qualifying registered patient can’t be arrested, prosecuted or punished simply for the medical use of marijuana in conjunction with the law. So as long as the patient did not possess more than 2.5 ounces of marijuana, they should not face punishment. “Possession,” the court ruled, also included internal possession in one’s blood stream. (It’s unclear exactly how the court would determine exactly how much marijuana one had consumed, as many varying factors might affect the exact amount of THC in one’s system. That question may be posed in a later case.)

Michigan’s marijuana law does not define “under the influence” as it pertains to THC. However, the high court ruled that the phrase obviously means something more than simply the drug being present in one’s system. It implies actual intoxication or impairment.

The exception would be if the individual was proven to actually be under the influence or impaired. Because the state doesn’t have a set amount of THC threshold that is considered legal, law enforcement officials would be forced to rely on subjective field sobriety tests and observations regarding vehicle operation.

Those cases will inevitably be tougher for prosecutors to win than alcohol DUI cases.