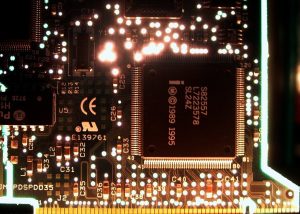 When someone is driving while intoxicated by liquor, there is no question as to the effects alcohol has on a person’s ability to drive, and the National Highway Traffic Safety Administration (NHTSA) has amassed decades of research.  For example, at .08, which is the legal limit in California, a person will have poor muscle coordination, having trouble detecting danger, a lack of judgement and self-control, impaired ability to concentrate and many other physical and mental issues that makes it dangerous to drive. As our Los Angeles marijuana DUI defense attorneys can explain, it should be much harder to prove that a person was under the influence of marijuana at the time they were driving.  The tests that are currently used, including blood or urine, will tell that a person had used marijuana at some point in the past few weeks, but it will not tell whether the person was under the influence of marijuana at the time of the arrest.  This is because the test is looking for a metabolite of THC, and not THC itself.

According to a recent news article form Marketplace, legal marijuana industry in California and across the country is creating a need for some type of rapid testing instrument that can tell if a person is currently under the influence of THC such as a marijuana breathalyzer.

There are already some marijuana testing devices on the market such one that tests saliva, but that only tests for the presence of THC and it does not detect levels of intoxication. This also leads to another issues in that there is no set standard for how marijuana effects the human body at different levels.  One person may have a very different tolerance than another and, unlike with alcohol, we do not have decades of research.  Most people would not even know what scale would be used to measure marijuana intoxication.

There is a company in Canada that is working on an actual marijuana breath test, it will be long time before it actually used and allowed in court as evidence, should that ever happen. Any attempt to introduce the scores of a marijuana breath test would be challenged as there would need to be a showing that the devices are accurate based upon peer-reviewed, repeatable results.  This would take a long time to establish and there would be many challenges as the accuracy of the devices themselves even if the underlying science would proven sound.