Nevada’s marijuana laws are surrounded by a fair amount of ambiguity, as are those of a number of other states (we’re looking at you, California). 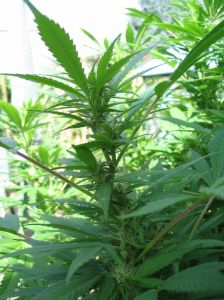 In an effort to clear some of this confusion, our Los Angeles marijuana lawyers understand that legislators in the silver state have introduced two measures – one in the assembly and another in the senate – to address two of the primary issues of contention: the purchase of marijuana and the threshold for a criminal charge of marijuana DUI.

All of this starts back in 2000, when 65 percent of voters green-lighted Question 9, which allowed qualifying patients with conditions such as cancer, HIV/AIDS and glaucoma to carry up to one ounce of marijuana and grow up to seven plants.

Nevada was progressive in that it was among the earlier states to pass medical marijuana legislation (California, of course, being the first back in 1997). However, like California, there was a lot that legislators failed to fully think through in passing this law. Perhaps the biggest oversight was that while the law allowed for medical marijuana patients to possess the drug, it did not specifically address the allowance of marijuana dispensaries or the sale of the drug. As such, it’s always been a concern for patients that when it came to purchase, they were committing a crime – despite having a legitimate prescription. Seeds are also illegal to buy and the drug is tough to grow in Nevada’s arid desert soil. Most patients are between the ages of 55 and 64, and cultivating the fickle plant has proven difficult for many.

So in March, legislators introduced SB 374. This measure, which lawmakers said should have been enacted 13 years ago, would establish a provision to the law authorizing the establishment of medical marijuana dispensaries to serve the more than 3,600 prescription-holding marijuana patients in Nevada.

SB 374 would require dispensaries to be strictly regulated by the state’s Department of Health & Human Services, with marijuana grown in locked, enclosed facilities that would be monitored 24-7 with video surveillance.

Additionally, the bill would make forgery of a medical marijuana prescription card a felony, punishable by up to four years in prison.

So far, the measure has passed the Senate and is currently being mulled in an Assembly committee.

The second measure, AB 351, which would exempt marijuana patients from subjection to arbitrary marijuana DUI laws, is in the opposite boat, awaiting Senate committee vote after having passed in the Assembly. This measure holds that prosecutors would have to rely on means other than a blood test revealing the presence of marijuana to prove intoxication. That is, if a person was driving recklessly or was speaking incoherently or had other signs of intoxication, those would be bigger factors in the prosecutor’s case than simply whether or not a patient had marijuana in his system. Obviously, if he is a marijuana patient, he will have marijuana in his system, and it might remain there for some time even after consumption. The presence alone doesn’t automatically indicate intoxication, and that’s the whole point of this bill.

We often argue the same stance in marijuana DUI cases here in California. Thankfully, we have no arbitrary legal threshold (yet), but many other states do or soon will, so it’s certainly not something about which we can become passive.