Too often in these bitter debates regarding the rights of marijuana dispensaries versus federal trafficking laws versus city council muscle-flexing, we forget one very important person: The patient. 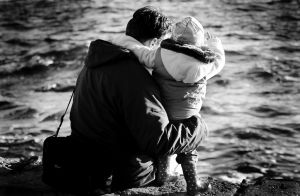 Our Los Angeles marijuana lawyers know that ultimately, this is the person to whom it comes down.

And in one case, it was a 5-year-old named Jayden, who suffers from epilepsy – a rare form called Dravet Syndrome.

Jayden’s father, a single parent, took their story to The Los Angeles Times in the hopes of shedding light on how this political tug-of-war is affecting him and his afflicted son.

Before this child reached his fifth birthday, he was pumped full of dozens of powerful anti-seizure medicines in an effort to control his epileptic episodes, which started when he was just a baby.

Dravet syndrome, which is also sometimes referred to as myoclonic epilepsy of infancy, is a form of epilepsy that starts with incessant febrile seizures, or those that occur during a fever. But they don’t get better. In between 30 and 80 percent of the cases, the seizures are caused by a genetic defect in the brain cells. It’s a condition that can inhibit the development of language and motor skills, and may also hinder interpersonal relationships and increase bouts of hyperactivity.

The episodes can be difficult to control, and Jayden’s father had tried just about everything. He said if his son wasn’t sleeping, he was having a seizure.

Then one day he heard about a local teenager who had been kicked out of school for using medical marijuana to tamp down the seizures.

Little more than a year later, the little boy has been taking droppers of a solution made primarily of cannabidiol, which is the second most powerful element in marijuana. However, unlike THC, cannabidiol is not intoxicating, so the young boy isn’t getting high.

What’s more, his medicinal intake has reduced from nearly two dozen pills down to four. He is able to down solid food. He will give his father kisses upon request (which he did not before). And he dances around the room.

We know that medicinal marijuana has allowed us to make strides for patients suffering from a wide variety of ailments, including multiple sclerosis, schizophrenia, rheumatoid arthritis, anxiety, cancer and Alzheimer’s.

Studies on the application of the drug for child sufferers of epilepsy are few, but anecdotally, it seems to have worked quite well. Initial research suggests that marijuana acts as a powerful anticonvulsant. A study back in the 1970s of eight epilepsy patients found that when given large doses of cannabidiol, half became totally free of seizures while three others improved dramatically.

And we aren’t the first to discover it: the ancient Chinese had well-established cannabis as a treatment for epilepsy.

So when we start talking about fair access to medicinal marijuana, we need to remember for whom it is we’re really fighting.