A group of medical marijuana growers in Oregon formed a political action committee (PAC) to lobby for legal protections and better regulations from the 2015 Oregon legislature. The registration of a Super PAC shows just how far professional growers have come as a result of legalization. It also provides hope for future changes that could be beneficial to those who produce, sell or depend upon medical marijuana. 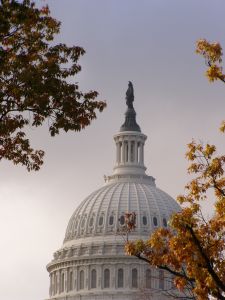 The politics have been shifting regarding marijuana for medicinal and even recreational use, but Los Angeles medical marijuana lawyers know that there is a long way to go to ensure that growers and distributors do not face federal action and that those who depend upon marijuana can realize the health benefits throughout the United States. A political action committee that lobbies for positive change may be able to help bring about important changes and aid in the creation of public policy that makes sense.

Oregon Live reports that The Oregon Cannabis Growers PAC was registered in March and represents approximately 20 different growers in the state of Oregon. The committee also intends to reach out to growers in Southern Oregon who generally focus their efforts on growing outdoors. The PAC has hired the lobbyist who initially helped to draft the medical marijuana registry law for the state.

The goal of the PAC is to make it possible for more state oversight so that marijuana can start to move out of the gray market. Marijuana growers want a well-regulated and safe system that will allow for them to be treated just like the growers of any other crop. The growers want to be able to pay taxes, they are seeking the development of a licensing and compliance process, and they want legal protections.

Hopefully, the lobbyist will help the PAC to get legislation passed that applies throughout Oregon and that strengthens the system of medical marijuana rules in place. Oregon adopted medical marijuana use early, with voters approving the program back in 1998. The system, however, has changed and evolved and the laws need to change with it.

The original law envisioned a system where individual patients were able to link with growers who then produced cannabis for them. The growers would then be reimbursed for the expenses associated with growing the marijuana crop.

This is often a less practical solution than retail outlets, and the Oregon legislature has now sanctioned retail medical marijuana sales to better connect buyers and sellers. With the ability to sell to retail stores, growers can reach wider audiences. This has necessitated the need for logical common sense changes including protection from law enforcement. These changes may come if the PAC is successful.

The implications of new laws in Oregon could have a far-reaching impact as more states grapple with how to address taxation and regulation of medical or even recreational marijuana. If the PAC can shape the laws and if the new framework that is developed works in Oregon, other states may decide to adopt similar policies as their own marijuana industry grows.