As of November 2016, recreational marijuana use is legal within the state of California. As Californians have begun to enjoy the benefits of this law, they are learning a hard lesson: federal law enforcement can trump state law, even within state borders. 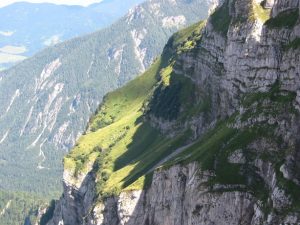 The conflict between state and federal law is apparent in many aspects of California life. Cannabis businesses cannot bank in federal institutions, because their finds are considered illegal drug money. Federal employment is usually unavailable to Californians who use marijuana (whether recreationally or medicinally). And in perhaps the most confusing of all restrictions, marijuana use is illegal on federal lands within state borders.

The Politics of Enforcing Marijuana Laws

Federal enforcement of marijuana laws has been inconsistent, and highly dependent upon the policies of the ruling political party. Former President Barack Obama explicitly deprioritized the prosecution of federal defendants who had not violated state marijuana laws. Current President Donald Trump, on the other hand, has appointed Jeff Sessions to lead the Department of Justice as Attorney General. Sessions is a well-documented marijuana opponent. It does not appear as if he will take Obama’s lax approach to federal marijuana law enforcement policy.

Meanwhile, state law enforcement agencies have a surprising amount of latitude to enforce whichever cases best suit their needs. Rolling Stone reports on a growing trend of marijuana law enforcement by local agencies. Because federal law currently prohibits the DEA from participating in investigations of cannabis businesses that are in compliance with state laws, local law enforcement agencies can keep the cash, goods, paraphernalia, and other evidence seized in such investigations. Local law enforcement agencies are therefore under pressure to seize as many assets as possible before cannabis business regulations take effect in 2018 (at which point there will be less ambiguity about whether a business is in compliance with state law, making it more difficult to investigate businesses and seize assets).

Ultimately, enforcement of marijuana law will continue to be uncertain – and heavily influence by current politics – for as long as conflict exists between state and federal marijuana laws. This conflict and confusion results in harsh federal prosecutions for activities made legal by state law. Defendants can face federal marijuana charges, state marijuana charges, or both. Our experienced cannabis lawyers in Orange County can help.

Pot’s legal in California. So why are people still getting busted in Yosemite?, January 9, 2017, by Sean Cockerham, the Sacramento Bee