As battles over the rights of medical marijuana dispensaries in California rage on, with federal prosecutors seemingly unrelenting in their offense, we sometimes overlook the fact that this war might be won on the legislative front. 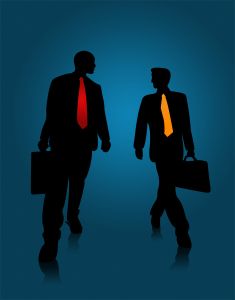 Our Los Angeles marijuana lawyers know we saw that quite clearly with the legalization measures in both Colorado and Washington state. Now we have Congress weighing in on the matter with proposals to force federal prosecutors to back off with these crackdowns in states that have legalized marijuana for medicinal purposes.

But in order to have a winning shot in the legislature, we first need to understand and identify the enemies. The Republic Report last year published research identifying and outlining top five special interest groups who are anti-marijuana reform. Each has its own agenda and reason for opposing these measures – and rarely are those reasons altruistic with regard to public welfare.

Although the report was published last year, it remains relevant today as we push forward in our fight for patient and provider rights.

First up: Police unions. The cold truth is that police agencies in California and throughout this country receive federal grant money to fight this failed “War on Drugs.” That money is used for other purposes that they argue at least indirectly will tamp down drug use and trafficking. A good example of this is money used to hire more officers. Indirectly, agencies theorize, this may reduce drug crimes. But regardless of whether it actually does, departments rely on that money to fund those officers. Take that money away, and agencies across the country are going to be in a serious financial pinch.

Back in March 2012, a California police union lobbyist was a key figure in organization opposition to Prop 19, a ballot measure that would have legalized marijuana for recreational purposes in this state. In addition to gaining support for anti-marijuana efforts, this individual also helped coordinate the collection of tens of millions of dollars in federal grants for police agencies to fight marijuana. Similar efforts in other states show police union lobbyists routinely fight for stronger penalties for marijuana-related crimes – despite extensive research showing that society as a whole doesn’t benefit from that.

Secondly: Alcohol and beer companies. When it comes to recreational use, there is a fear that more Americans may turn to marijuana over alcohol. Their motive is simple and obvious: money. Alcohol companies want a monopoly on the leisure industry. The California Beer & Beverage Distributors last year contributed a pretty penny to anti-marijuana efforts.

Thirdly: Private prisons. These firms make millions and millions of dollars by locking up people who are imprisoned for drug crimes – including petty marijuana offenses. Corrections Corporation of America, one of the largest private prison firms in the country, has spokespersons who have publicly admitted that anti-marijuana legislation is good for business. Further, these firms have spent millions of dollars to make sure pro-marijuana legislation is stalled.

Fourthly: Prison guard unions. Just like the prisons themselves, those who staff these facilities have a clear and vested interest in keeping people locked up for marijuana crimes.

Finally: Pharmaceutical corporations. Similar to the alcohol industry, the pharmaceutical industry knows that if people could replace a barrage of pricy, manufactured drugs with one that was grown naturally and inexpensively – and that the latter actually worked better – they would lose a great deal of profits. The concern is that marijuana could replace everything from Advil to Vicodin – and with minimal complications from addiction as well.