In 1996, California made history with its passage of a law that legalized marijuana as medicine. Today, almost half of all states have joined our ranks and a few have even legalized the drug for recreational purposes. This November, voters in more than a half a dozen states – including California – are being asked whether they wish to further expand access to marijuana where they live. And of course, as always, there are those voices of dissent. 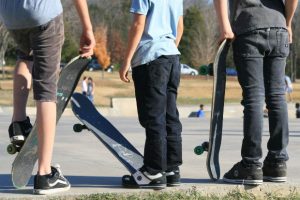 Inevitably, one of the top arguments that start making its way to the headlines is the risk that legalization poses to our nation’s youth. Teens in particular, it is argued, are impressionable, vulnerable and will be led down a dark path if the drug is more readily available to adults.

But here’s the truth of the matter: As we start to collect data about teen marijuana use and legalization, we begin to see the correlation – if any – is that legalization actually drive down teen use.

That’s right: When we take the fear, propaganda and intolerance out of the equation, teen marijuana use actually fell.

In 1996, just before California passed its groundbreaking medical marijuana reform measure, the head of the U.S. Drug Enforcement Administration (DEA) asked how we could expect our children to reject drugs when some authorities are telling them illegal drugs should no longer be illegal, but rather be used to help people who are sick. He insisted this ambivalent message was not one we could afford.

Drug czars for both George W. Bush and Obama (the first one, anyway) questioned the message we’d be sending to teenagers when you tell them marijuana is medicine. The risks of the drug, they said, were going to be misunderstood and downplayed. They lamented the fact that when surveyed, young people increasingly did not believe those who smoked pot were “doing a great disservice to themselves.” The less harmful teens though marijuana to be, the theory went, the more likely they would be to try it themselves.

However, that theory has been proven to have largely missed the mark.

A recent study released by Monitoring the Future revealed shifting attitudes toward marijuana among teens in 8th, 10th and 12th grade. Between 1996 and 2015, the number who disapproved of regular or even occasional marijuana use fell by more than 30 percent. And yet, during that same time frame, the number of those teens who reported using the drug themselves actually declined, from 21.9 percent to 21.3 percent. Among younger students (the 8th graders) especially, the decline was even stepper – from 20.4 percent to 14.8 percent.

Another study published in 2014 in the Journal of the American Academy of Child & Adolescent Psychiatry revealed past-year use of marijuana by teens 12 to 17 fell 13.2 percent between 2002 and 2013. What’s more, the number of “marijuana use disorders” among teens fell by nearly a quarter during that same time frame.

There could be some other factors at play, as the overall number of conduct problems among teens has also fallen. There has during this time been a marked reduction in childhood lead exposure, improved diagnosis and treatment of childhood mental health disorders and better school-based programs and state laws to prevent bullying.

Still, one thing we can say definitively is that marijuana legalization laws did not have the impact many critics feared. This should be considered as we weigh further expanding access to marijuana in California and beyond.

As Fear and Intolerance of Marijuana Declined, So Did Adolescent Use, June 2, 2016, By Jacob Sullum, Forbes