If you thought the latest state-level development on the marijuana legislation front was the fact that Washington State and Colorado had approved marijuana for recreational purposes, it’s time to play catch up. 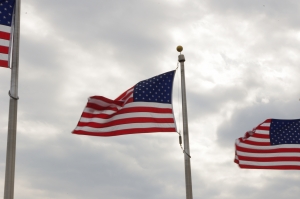 Rounding out the first quarter of 2013, our Los Angeles marijuana lawyers can tell you that seven other states have proposed similar initiatives. Others are contending for the spot of 20th state to allow medicinal marijuana. Additionally, several more have introduced laws that would either reduce penalties or altogether decriminalize small amounts of marijuana possessed for personal use.

Fewer have taken measures to increase penalties for marijuana possession. They are the minority, but that’s an important part of the story too.

Let’s take a look at these developments, state-by-state:

Alabama. House Bill 2, which would have allowed people with illnesses such as AIDS and cancer to obtain marijuana as part of their treatment with a doctor’s prescription. It was voted down 12-2 on Feb. 6. However, another measure, House Bill 315, was introduced a few weeks later, which would protect a patient from arrest if caught using medical marijuana prescribed by a doctor.

Alaska. No legislation has so far been produced this year regarding medical marijuana.

Arizona. Proposition 203 legalizing medical marijuana was passed in 2010. However, many legislators refuse to recognize its legitimacy. A new resolution was introduced recently that would put the issue to another vote late next year, meaning it’s at risk of being repealed.

Arkansas. Nearly became the first medical marijuana state in the South last year with Issue 5, which was struck down by just a few thousand votes. Another effort to put a similar bill before voters has been sent back by the attorney general for rewording of the language.

California. Rep. Tom Ammiano has introduced AB 473 that would impose a statewide regulatory system to oversee the medical marijuana program in much the same way we oversee the manufacture, distribution and sale of alcohol products. Also, Senate Bill 289, which would make it illegal for a person to drive a vehicle if his or her blood contained any detectable amount of drug classified in Schedules I, II, III or IV of the state’s controlled substances act – this would include marijuana. It’s set for a hearing to the Senate Committee on Public Safety on April 23. Additionally, AB 1137 would remove industrialized hemp from the controlled substances classification so it could be used in a wide array of production materials.

Colorado. The state’s medical marijuana implementation task force met for a final time at the end of February and presented a proposal of rules that would indicate how legalized marijuana for recreational purposes should be regulated, cultivated, distributed, sold and taxed. That report now goes to lawmakers, who will ultimately be responsible for finalizing the industry regulations. Also, HB 1114 would presume cannabis-induced impairment if the THC in a driver’s blood measured 5ng/ml. Under this measure, drivers who crossed this threshold could still present a viable defense in court as to why they did not pose a safety risk.

Connecticut. In 2012, this state became the 17th in the country to allow medical marijuana, when House Bill 5289 was signed into law by the governor. Under this law, dispensaries would have to obtain their supply from licensed producers, who would have to pay a minimum application fee of $25,000 to the state. Further proposed regulations are being considered at a public hearing scheduled for later this month.