As attorneys representing marijuana companies and workers in Los Angeles, we urge them to carefully analyze every aspect of the business plan – including safety. Now, a safety issue previously believed to be fluke with marijuana manufacturers appears to be a growing cause of greater concern: Cannabis factory explosions and fires. Workers have been hospitalized with severe burns and revealing a major issue in an industry that operates without clear safety standards. 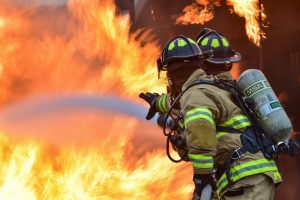 Politico reports that in the 33 states where marijuana is legal to purchase for medicinal or recreational use, there have been at least 10 fires or explosions in the last five years. Each of those known incidents occurred at sites where workers were tasked with extracting hash oil for use in edible products. Almost every single one of these incidents led to serious injuries for staff who worked on the production line.

The process for extraction is something that is continuing to evolve, and we don’t know all there is to know about it yet. The fire-safety industry hasn’t offered any guidelines or warnings about best practices. That doesn’t mean marijuana manufacturing operations are off-the-hook when it comes to worker safety.

As noted by the California Department of Industrial Relations, all employers ion the cannabis industry – including those who cultivate, manufacture, distribute, sell or test marijuana and/or its products need to protect employees from any health or safety hazard that may arise related to their work.

As long-time Los Angeles marijuana lawyers, we know that any indoor marijuana farming or manufacturing has the potential for danger. For instance, if you raise the CO2 level, we know the plants will grow faster. The problem is this increases the risk of a fire. Because drawing large amounts of metered gas tends to lure the attention of local authorities, some growers choose instead to use butane or propane gas tanks. This can spell disaster – and serious liability for manufacturers and property owners.

We could see an increasing number of cannabis company insurers costs for repairs, workers’ compensation and even death benefits. In 2017 in Oregon, a deadly explosion at a hash oil manufacturer killed two workers. Investigators reportedly discovered bags full of used butane canisters, the highly flammable gas that is used to make hash oil. The fire killed the hash oil manufacturer and a contractor and destroyed the manufacturer’s home and that of a neighbor.

In New York city, a marijuana manufacturing operation burned down a home and ended in the death of a veteran firefighter on scene to respond. Two men were arrested on felony charges. Criminal charges, such as manufacturing concentrated cannabis, child endangerment and causing fire in a structure, have also been filed in connection with hash oil explosions in Boulder, CO and another in Laytonville, CA.

One product that appears to be at least partially behind the spike in fires is a strong concentrate known as “shatter.” It’s a type of cannabis wax derived from butane hash oil. It’s five times more potent and faster than smoked cannabis that is not refined. Although it’s legal for recreational states and sold in marijuana dispensaries, not all locations that make it are lawful dispensaries.