If a Louisiana coroner’s report is to be believed, a 39-year-old woman in the Bayou State became the first person on record who died of a marijuana overdose. On the other hand, marijuana experts are highly suspicious of the coroner’s cause-of-death listing, especially as she indicated it with “100 percent certainty.” 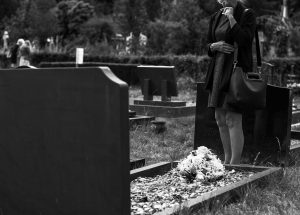 But that certainty stemmed from the fact she could find no other obvious cause for why a woman with healthy organs, no alcohol or other drugs in her system and no obvious illness would have been discovered dead on her couch.

Can THC Really Result in a Fatal Overdose?

Probably not. Although this may have been a tough case to crack, the reality is Americans use billions of cannabis products annually. This has been true for a long time, not just since legalization came about, and this is the very first time an overdose has been formally attributed to cannabis – and skeptics abound.

The coroner noted that THC, the psychoactive ingredient in marijuana, can result in severe heart palpitations and anxiety, perhaps leading to heart failure, and it was present in 15 times the detectable amount in this patient. Although this might seem startling at first, the reality is marijuana in the bloodstream is not like alcohol; it passes slowly through the system and lingers, long after the effects. A regular user could have high levels of concentration in their blood, yet not even be “high.”

While our cannabis lawyers concede the circumstances are puzzling, a number of medical and scientific experts have expressed deep skepticism, especially given an asserted conclusion of 100 percent certainty when the report reflected circumstantial evidence and process of elimination AND there have been no recorded deaths attributable to marijuana overdose, per to the National Institute on Drug Abuse. A number of medical experts quoted in a series of media reports called the coroner’s conclusion “highly unlikely.”

This was despite the fact that decedent reportedly at 8.4 nanograms of THC in her system. Some states have arbitrarily considered that 0.5 nanograms is the point at which drivers can be considered “impaired,” but most doctors and scientists dispute this as, again, the concentration of THC in the blood is not an accurate measure of one’s impairment, based on the way it’s processed by the body.

One addiction professor and scientist told CBS News he was skeptical after reviewing the autopsy report, noting that 8.4 nanograms “is not very high.”

Any credible report of a marijuana overdose death would have cannabis attorneys concerned for several reasons.

First and foremost is the health and safety of the public. Given the rarity of such an occurrence, it would be imperative to find out exactly what happened – and why. Marijuana is now such a widely-used substance in the U.S. (some 22 million reported using cannabis at least once the last 30 days), and it is true the drug’s potency is much more powerful than in decades’ past.

The other concern would be for our Los Angeles cannabis business clients who might be vulnerable to potential liability – civil and possibly even criminal – were there to be a spate of marijuana overdose deaths. This has never occurred before, but theoretically, potential claims might include:

These outcomes are unlikely, to be honest, though as seasoned cannabis litigators, we know complacency isn’t an option.

Although coroners’ claims tend to be given greater weight than most, it seems fairly unlikely this one’s assertion would stand up in court.